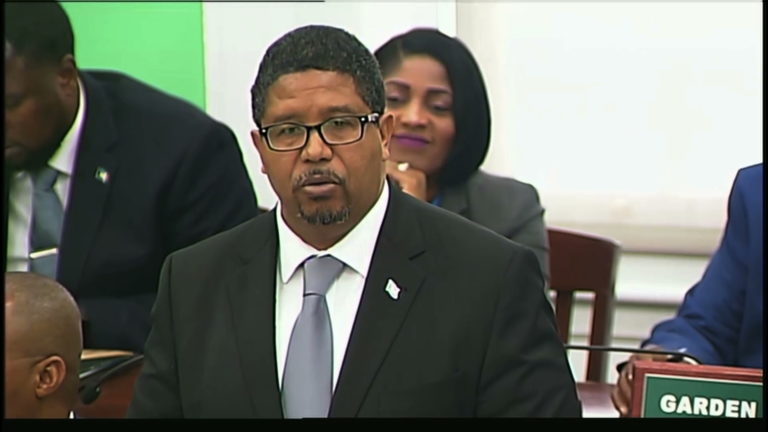 In an interview with Eyewitness News outside the House of Assembly (HOA) yesterday, Turnquest said, the removal of The Bahamas from the blacklist restores the country’s good reputation.

However, he said, there is still work to do to ensure that the country meets the EU’s December 31 compliancy deadline.

“… I think this is going to be a very good thing,” said Turnquest.

“It will strengthen our financial services industry, its strengthens our position with respect to our ability to be able to do cross border trade, as we always have done, and avoid the challenges that comes with being considered by some as being uncooperative.”

On Tuesday, the EU Code of Conduct Group’s (COCG) Secretariat officially recommended The Bahamas’ removal from the list of non-cooperative jurisdictions for tax purposes, otherwise known as the ‘blacklist’, according to a statement issued by the Ministry of Finance.

The Bahamas was added to the list on March 13 after the country was “deemed to facilitate tax havens”.

Yesterday, Turnquest said the removal from the blacklist is good news for our financial services industry.

“…It restores the good name of The Bahamas as a compliant jurisdiction, one that is respectful in the international community and in respect of our obligations for exchange of tax information, and our exchange of information and cooperation with other jurisdictions,” he said.

“The good news is most of our partners have recognized that The Bahamas has done what it needs to do. We had meetings just recently with one of the offshore financial institutions, [which] has confirmed that our reputation internationally continues to be well, continues to be good and they have no concerns because they too understand that The Bahamas is doing all it could, can do and all it needs to do, in order to demonstrate its commitment to living up to best practices.”

Turnquest said The Bahamas continues to work toward staying off the blacklist and the country is “on track to be fully compliant”.

“The Bahamas has submitted a work plan, including timelines for various stages in our implantation of the requirements of the EU, which calls for a deadline of December 31 2018,” he said.

“We continue to work toward that plan. We are on target with all of our commitments, which is again one of the reasons we were so surprised we ended up on this list in the first place. We are on target and we fully expect to be compliant by December 2018.”

“Its great news and, in my observations earlier, I expressed my concern that we were put on the blacklist when it happened, recognizing when it happened and the obligations that we had to commit to are not to be in place until December 31 of this year,” he said.

“… and so, I am happy to hear we are off the list and that is great news for us all.”