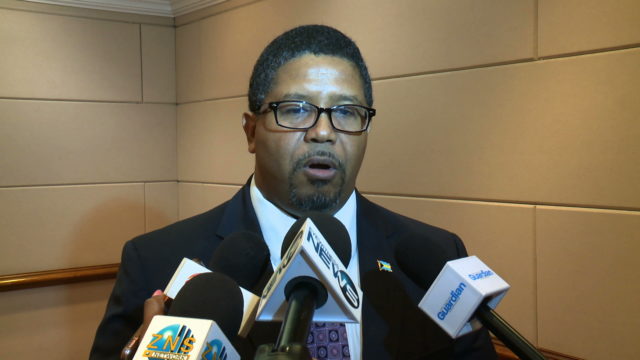 Environment will be safeguarded

Bahamians can rest assured that the government has a watchful eye on the potential economic and environmental issues which could potentially stem from the controversial Oban Energies development, according to Deputy Prime Minister and Minister of Finance Peter Turnquest.

His revelation to Eyewitness News came on the heels of an announcement made in the Senate last week, which indicated that government is in the process of revising the initial deal which was signed in February.

When the deal was initially made public, the government was adamant that the project needed no revision and that it was a sound deal for the struggling Grand Bahama economy.

In an effort to quell public discord concerning the deal and its potential economic and environmental impacts on the country, the government appointed a committee to review the investment and make recommendations for amendments where necessary.

The aim was to ensure that there would be no adverse effects before moving full throttle with the project.

Senator Dion Foulkes is a member of the board which was formed to investigate the multi-billion-dollar agreement.

He revealed in the Upper Chamber last week that government was in the process of revising the deal.

While Foulkes strayed away from revealing what revisions were carried out, Turnquest confirmed to Eyewitness News that the committee zeroed in on economic and environmental concerns.

“The committee is reviewing the entire deal to ensure that it tightens up some of the areas that have been in question, to ensure that the Bahamian people are protected in terms of the investment, and the potential environmental issue that may arise,” revealed Turnquest.

Local activists have been agitating for months for greater transparency on the project.

While Turnquest confirmed that potential environmental concerns will be addressed in the deal’s amendments, he could not confirm when the committee’s findings will be made public.