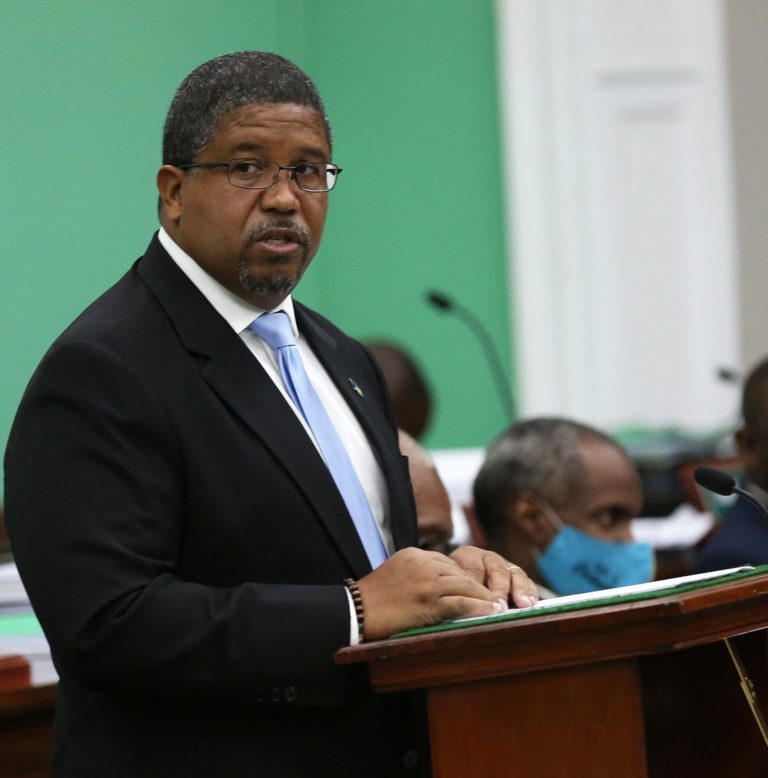 NASSAU, BAHAMAS — Deputy Prime Minister and Minister of Finance K Peter Turnquest yesterday defended the recent US$600 million bond placement, stating that it was “pie in the sky thinking” to believe international investors would ignore the economic realities facing the country.

Addressing the issue in Parliament yesterday, Turnquest noted that market perception of The Bahamas has been influenced by the implication of two major external shocks — Hurricane Dorian and now-COVID-19 — and their devastating impact on tourism, the country’s major foreign exchange earner and its largest direct and indirect employer.

He said: “When we last accessed the international bond market in November 2017, The Bahamas had a credit rating of BB+ from S&P and an investment grade rating of Baa3 for Moody’s, and we were on track to improve our macroeconomic outlook based on this government’s achievements with successfully reducing our annual fiscal deficits while sustaining a robust agenda for real sector projects to support growth.

“While the precipitating exogenous shocks have been outside of our control, they have had adverse implications for our credit ratings; in April, S&P lowered our rating to BB and then in June, Moody’s downgraded us by two notches, to Ba2.

“Unfortunately, these are the very indicators that impact investors’ perception of The Bahamas when we engage in capital market transactions, and the price this perceived risk into the cost of credit. It is no different with individual borrowers, who would attract a different interest rate based on how lenders perceived their risk and ability to repay,” said Turnquest.

“The truth we face today may be inconvenient and unfortunate, but it is very real: There are market forces at play that reflect the reality of our challenging environment. Investors view The Bahamas through the lens of our tourism-dependency, and the prolonged shutdown of the sector we are now facing has had a material impact.”

He continued: “We cannot, and did not, expect the market to respond to our financing needs on the basis of manufactured cordiality. The market reacts to risk. It looks at the economic environment and factors in our ability to pay our debt. This is why our fiscal sustainability goals are so important. We pay a price when we are downgraded. We pay a price when our fiscal balance is wildly out of step with our fiscal targets. Pursuing fiscal sustainability enables us to borrow at a lower rate and reduces the cost of borrowing in the long run. We have said from the start that when we emerge from this crisis, the Government will return to the success of its fiscal consolidation plan, treating this juncture in our national story as an anomaly, not as a license to engage in fiscal indiscipline.”

The Ministry of Finance announced earlier this month that the government had been able to secure US$600 million in bond financing from international capital markets to help finance its 2020/2021 budgetary needs and repay debt. The transaction will add an additional $352 million to the debt level of the country and falls within the $1.334 billion in approved financing for the current fiscal year.

The proceeds of the issuance will be used to finance the Government’s general 2020/2021 budgetary needs and to repay its indebtedness of US$248 million under the 2020 Bridge Facility. According to a statement from the Ministry of Finance, The Bahamas priced a US$600 million issue of 8.95 percent bonds, due 2032 in the international debt capital markets.

The bond issue has however come under scrutiny from local financial executives and the Progressive Liberal Party, with many suggesting the 8.95 percent was too steep.

Turnquest said while the government continues to leverage domestic markets, there is a limit to what can be obtained.

“All factors being considered, in late August, Credit Suisse and RBC Capital Markets, LLC, were engaged to examine market conditions for the issuance of a possible index-sized bond, that is, at least $500 million, which would allow the Government to access more efficient pricing in the international capital markets.”

He added: “Momentum for the capital transaction was built with the help of a virtual investor roadshow conducted on October 5 and 6, at which time our team, which comprised me, the Acting Financial Secretary and the Director-General of Tourism, met with over 45 global investors.

“Generally, the pricing of bonds reflects how the market perceives the risk of the borrower. It reflects current market realities, given that the economy has not opened and our credit ratings have taken a hit,” he said.

“Prior to COVID-19, we had Bahamian foreign currency bonds trading on the international exchange. Our most liquid bond had a maturity date of 2028, and at the time of issue, these bonds were priced at 6 percent. However, the impact of COVID-19 had these benchmark bonds trading at 8.25 percent, a factor dictated entirely by market conditions. The idea that this would be ignored by the investor community when pricing a new issue, with an extended maturity date, is pie in the sky thinking,” said Turnquest.

“It is important to note that the bonds have a clause that allows us to roll over the debt early if circumstances permit us to do so over the medium term. Consistent with prudent liability management principles, the government will take advantage of a stabilized macro-economic environment with a view to restructuring its financial obligations if opportunities so present,” he said.

“We had several other options we considered, including a loan priced at 9 percent which we outright rejected. There was also a 3-year offer for $600 million which would mean having to come up with a $600 million principal payment in year 3 or before. The short tenor would place substantial strain on the government in the medium term and not be consistent with proper liability management strategies.”

Please stop treating the public like crap, y’all pocketing all the money whiles us poor bahamians being abuse by lowering nib wages and not be honest with paying all those who applied.