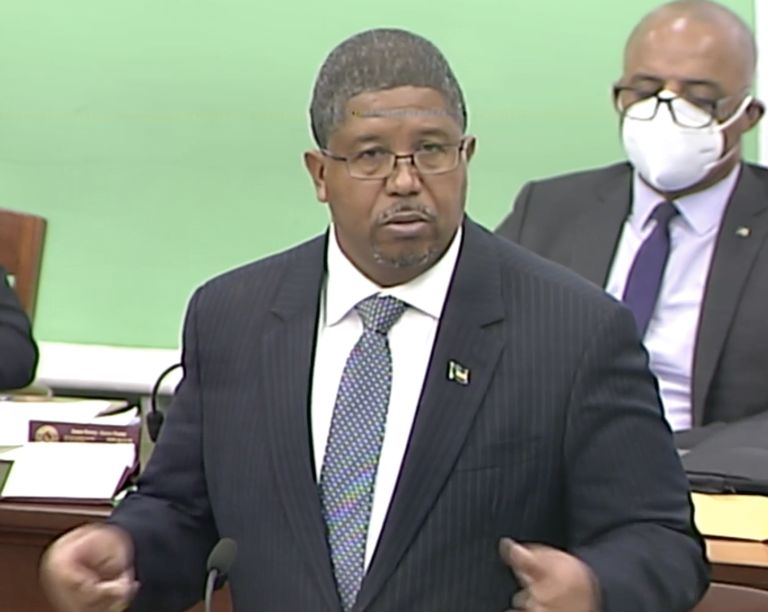 NASSAU, BAHAMAS — Deputy Prime Minister and Minister of Finance K Peter Turnquest said yesterday it is unlikely that Bank of The Bahamas (BOB) will be a ‘viable’ commercial banking option for the Family Islands.

Turnquest told Parliament the government is disappointed over Scotiabank’s decision to close its branches in Abaco, Andros, Long Island, and Exuma.

However, he said it understands from a business perspective what’s driving the move.

The Finance minister noted that interventions have been made from MPs whose constituencies have been affected regarding the possibility of BOB establishing a physical presence in those locations.

Turnquest furthered the BISX-listed bank, which the government is a majority shareholder, has had its own share challenges over the years.

“The Bank of The Bahamas like any other financial institution has to cover its cost. It cannot go into those locations knowing that it’s going to lose half a million dollars a year unless the government is prepared to subsidize it,” said Turnquest.

Turnquest noted that the government has already removed $200 million in toxic loans from BOB’s books as it seeks to turn around the beleaguered lender.

“It’s unlikely, I won’t say it’s impossible, that in some in some of these locations the Bank of The Bahamas is a viable option,” said Turnquest.

Last week, Scotiabank announced that it has decided to consolidate its banking operations on Abaco, Andros, Long Island, and Exuma into branches on New Providence, revealing that branch traffic had dropped as much as 50 percent in some locations.

In a statement, the bank announced changes to its network in an effort to “realign its organizational structure with current revenues, as well as the significant shift in customer preferences”.

The bank indicated that changes in the impacted Family Islands “are in line with the significant shifts in customer behavior and transaction volumes over the past few years which have accelerated since the onset of the COVID-19 pandemic”.

Turnquest said that while the move was disappointing, he described it as a business decision. He noted that the government nor the Central Bank can force a financial institution, domestic or local to maintain a physical presence in any location.

“That is a business decision made by the banks and with respect to international banks often time is not a local management decision but a head office decision made somewhere else based on an objective review of business performance,” he said.

“We are not as a country in the practice of dictating to any financial institution how or where they should conduct their business. Our obligation is to make sure the country’s financial system is sound, regulated, secure and best practices are being observed.

“We are obviously disappointed that this action has been taken,” Turnquest said.

“We regret these things but understand from a business perspective what’s driving them. The institution indicated that 90 percent of its business is being transacted digitally, which is either online or using an ATM.

“Some of us may not want to believe that. I am confident from where I stand that that that is true in New Providence and might even be true in Grand Bahama. It may be less true in the family islands.”

Turnquest assured that government will do its best to encourage and incentivize other operators such as credit unions and money transmissions operators to fill the gap.

Cooper said: “As a businessman, I understand their profit imperative, however, I have told the bank that as an MP, I am not a happy man. My constituents have loyally supported this institution since 1968, for more than five decades.

Cooper said: “With that said, we trust that this administration will not throw its hands in the air, but will make efforts in earnest to ensure these islands have adequate banking infrastructure. It is essential for orderly family island development.”