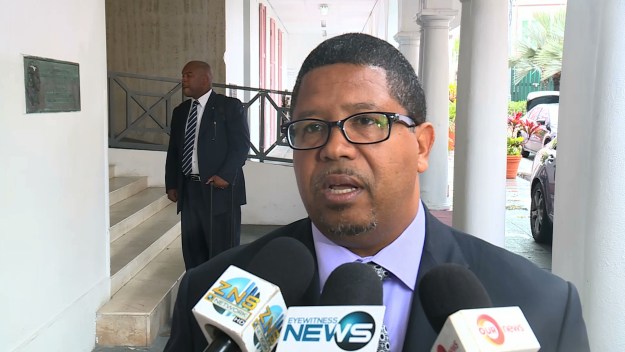 No VAT increase in the next budget

NASSAU, BAHAMAS – While touting the Minnis administration’s fiscal performance during the first six months of this fiscal year, Deputy Prime Minister and Minister of Finance Peter Turnquest acknowledged yesterday that the government is still a long way away from eliminating fiscal deficits.

However, the minister said the government’s medium-term fiscal plan, which includes maintaining recurrent expenditure and engaging in a modest enhancement of capital expenditure could result in a small budget surplus of 0.1 per cent of GDP in 2021/2022.

The Bahamas is forecasted to experience a deficit of 1.8 per cent of GPD this fiscal year.

“The Bahamian people are tired of this mismanagement and having to wait for their basic needs to be met,” said Turnquest, who led the debate in Parliament on the government’s Fiscal Strategy Report.

“They are tired of having to put their dreams on hold because the government cannot get in together.

“We recognized this on day one and decided to look in the mirror and say let’s put the government in check.

“Now, imagine a government commitment to delivering a surplus, which means not having just enough, but having more than enough; more than enough to invest in the basic needs of our people and their hopes and their dreams.

“Ultimately, that is the fiscal vision underpinning our fiscal strategy.

“In the future, we envision a government in surplus; a government with more than enough to freely invest in all of its people, across each and every island of this country.

“We are not close to a surplus as yet, but the steady march will continue and must continue.”

As acknowledged by Turnquest, the government’s fiscal performance was weaker than budgeted in 2017/2018.

“That, however, is still a sharp improvement from the $661 million budgetary shortfalls in 2016/2017, which represented 5.5 per cent of GDP,” Turnquest said.

While contributing to debate, Exuma and Ragged Island MP Chester Cooper predicted that the Minnis administration will return to Parliament and either increase value-added tax (VAT) once again, increase some other form of taxation or seek to borrow significantly more money.

He said he hopes otherwise.

Responding on a point of order, Turnquest decried the suggestion and warned Cooper of the potential impact the statement could have on The Bahamas.

He said the government has no intention of raising VAT and have had no discussions of any increase in tax for the upcoming budget.

The government increased VAT in July 2018 from 7.5 per cent to 12 per cent, three years after the former administration introduced the tax.

The Minnis administration said the increase was absolutely necessary to pay its bill and to cover outstanding commitments made by the Christie administration.