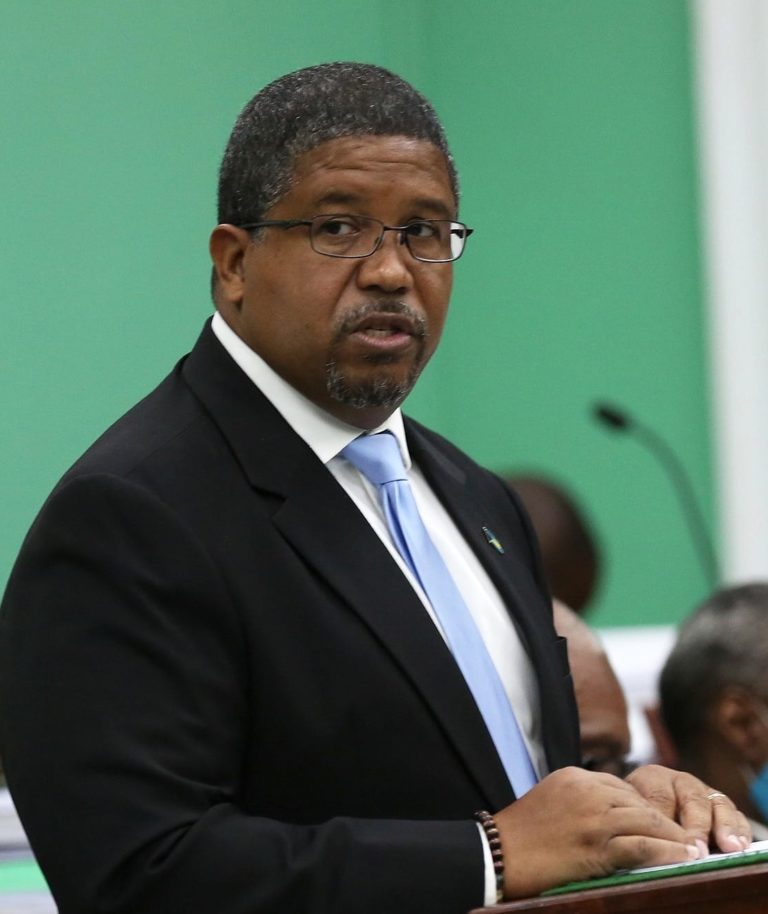 Turnquest: Religion or lack thereof is inconsequential and should not have been raised in Parliament

On Monday, during the evening sitting of Parliament, Moultrie once again lashed the executive branch of government over what he said was disrespect to the chair after a decision was made to purchase food for parliamentarians without consulting him.

He pointed to meetings he had with a government official “who does not believe in God”, who advised him of several financial implications for the Bay Street building that he also called into question, including discontinuing lunches in a bid to save money.

As Turnquest opened his presentation to the budget debate, he began to respond to Moultrie’s comments, accusing him of inadvertently misleading the houses when he took unfair aim and chastised Johnson — who publicly identifies as an “atheist”, but was quickly shut down by the speaker.

“The remarks I made with respect to the person that I addressed, I thought about those remarks before I made them and I stand by them,” Moultrie said.

“I don’t see them as an attack on a civil servant. He expressed his belief publicly.

“I have an issue with those beliefs because they are inconsistent with mines and I express my views with respect to those beliefs.”

When the former minister attempted to interject and ask that he be given an opportunity to speak, Moultrie declined, noting, “You start off wrong”.

There was a short silent standoff between the pair and Turnquest continued his presentation and explained why the decision was made to discontinue providing food for the House of Assembly.

He said during the pandemic, the government wanted to encourage members to eat lunch at the nearby Bay Street restaurants during the meeting breaks.

He furthered that the decision to purchase food was made by him and not Johnson and if anyone should be blamed for the miscommunication, it should be him.

“I will defend the integrity of the professional staff at the Ministry of Finance, even if no one else will, for I have the utmost confidence, respect and admiration for them regardless of their religion or lack thereof,” Turnquest added.

“As to their religion or lack thereof, it is inconsequential and ought not to have been raised here.”

Moultrie was wrong to raise Johnson’s religion or lack thereof, whether he agree with it or not. Just as he would be wrong to raise a person’s skin color or sexuality. None of those things are relevant to someone’s professional ability.

It’s clear that Moultrie is unfit for the job that he has and hopefully he will not be in Parliament for longer.

clear indication of how stuck in the past and old school mindset these governments are, change is like taboo. religion and job are separate, only in this fake christian country can a person,especially in his position get away with such distasteful ,ignorant and arrogant behaviour. our country really is hopeless with these ppl leading