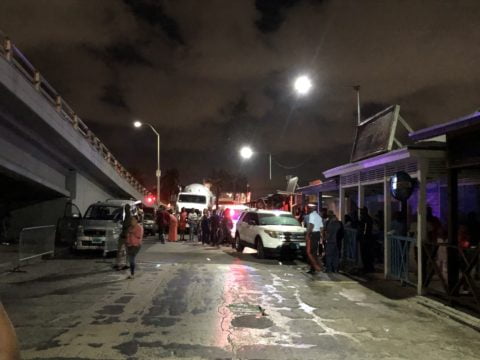 NASSAU, BAHAMAS – A 25-year-old man was arrested over the weekend in connection with last Wednesday’s double murder at Potter’s Cay Dock, police reported this weekend.

According to authorities, the man, whose identity was not released, was tracked to North Andros where he was arrested on Saturday.

The suspect was flown to New Providence for further questioning.

Officers responding to reports of gunshots around 8 p.m. last Wednesday at Potter’s Cay Dock, found the bodies of two men near a stall with gunshot wounds.

According to reports, a gunman approached the men and shot them before running away.

It was one of two double murders last week.

Police also reported that shortly after 7 a.m. yesterday, three men were killed in a drive-by shooting in White’s Addition, off Kemp Road.

The third victim was listed in stable condition in hospital.

It was unclear if the incidents were linked.