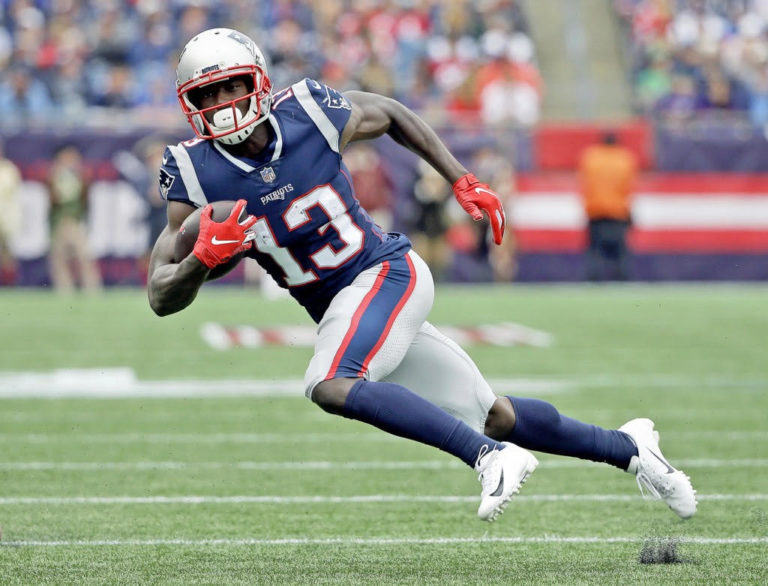 NASSAU, BAHAMAS – Phillip Dorsett and the New England Patriots are preparing to take on the Los Angeles Rams this weekend in Atlanta in Super Bowl 53.

The 26-year-old wide receiver has scored in both playoff games for the Patriots and has come on strong on the field since receiver Josh Gordon was released from the team in January.

Five days before Christmas, Gordon took a leave of absence from the team to focus on his mental half. This opened the door for Dorsett to work his way into the rotation.

Prior to a week 17 win against the New York Jets, Dorsett had very minimal impact on the season. He caught five passes for 34 yards and one touchdown and has made important contributions in each game since.

“I knew my opportunity was going to have to come,” he said. “They were going to call on me, and I just had to step up. And I was prepared for it. I prepared the whole time for it when I wasn’t playing, and at the end of the day, I was ready for it.”

Dorsett’s 76.2 per cent on completion rate ranks highest among Patriots who have caught more than five passes this season. Serving as New England’s No.3 receiver behind Julian Edelman and Chris Hogan, he’s been on the field for an average of 35 offensive snaps per game over the last four contests. He averaged just 8.6 snaps per game while Gordon was a Patriot starter.

“I couldn’t do anything about my lack of playing time. That’s just football. Stuff happens,” Dorsett added. “We’re here now, and I wouldn’t sit here and say that we would be here without Gordon. I don’t know. But at the end of the day, it is what it is. Can’t do anything about it.”