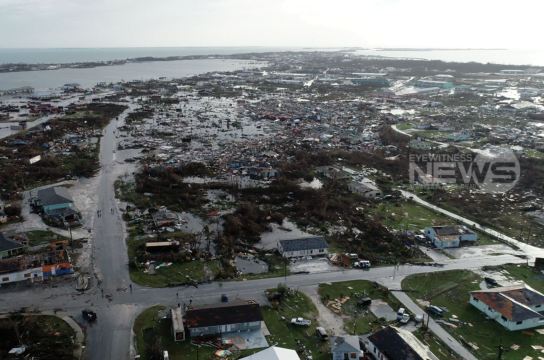 NASSAU, BAHAMAS- Four more bodies have been recovered in Abaco, police confirmed yesterday.
Authorities said two bodies were recovered on Tuesday while the remains of another two bodies were found on the island Wednesday.
This brings the total number of bodies recovered in the wake of Hurricane Dorian to 65.

Dorian, a Category 5 storm, made landfall in Abaco around midday on September 1.

The storm lingered over the island, and Grand Bahama for almost 70 hours, destroying communities, business and public infrastructure to the tune of an estimated $7 billion.

Thousands were displaced by the storm.
Last week, Minister of National Security Marvin Dames said 282 people have been reported missing.