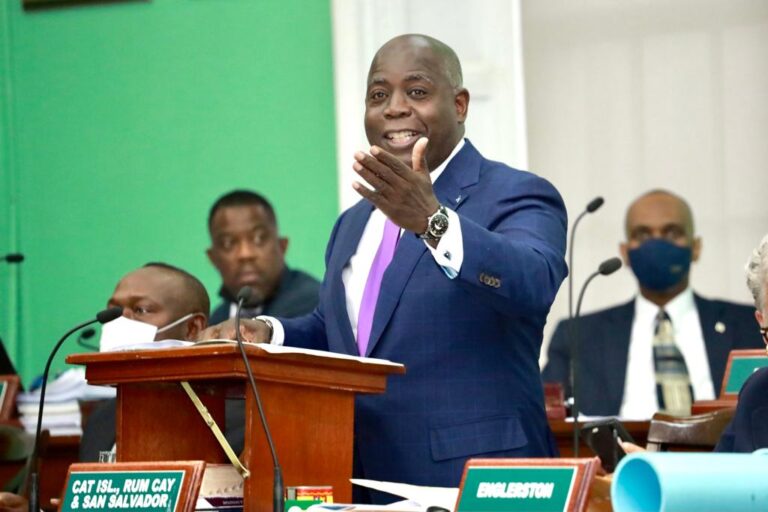 NASSAU, BAHAMAS — “I urge the government to be ready,” said Opposition Leader Philip Brave Davis yesterday as he warned the Minnis administration of the potential impact of the Delta coronavirus variant, which has spread to over 75 jurisdictions worldwide.

The variant has been found to be 60 percent more contagious and more lethal.

It has been attributed to 10 percent of cases in the United States and is predicted to become the dominant strain in the US by Fall.

During debate in the House of Assembly, Davis said: “This COVID variant appears to be more transmittable and more lethal.

“There are concerns that by the fall it will become the most dominant variant.

“I urge the government to be ready this time.

Davis, who has been consistently critical of the Minnis administration’s handling of the pandemic, claimed international data demonstrates The Bahamas underperforms in comparison to other countries in the region that have fewer COVID cases and deaths per capita.

“That’s what happens when you don’t have a plan,” the Progressive Liberal Party (PLP) leader said.

“That’s what happens when you have a competent authority who doesn’t truly listen or consult.

“That’s what happens when you disrespect local voices.

“Instead of a plan, the competent authority instead has issued and continues to issue dozens and dozens of emergency orders, imposing and changing restrictions that result in a zigzagging maze of regulations, prohibitions and penalties.”

Davis said ahead of the nation’s re-opening last July, the PLP’s COVID-19 Task Force warned the government to have sufficient testing, tracing and isolation resources in place.

But he said the government did not listen.

“Private boats, yachts and flights were allowed in even earlier than the announced date,” Davis said.

“Because the government did not know — still does not know — how to use testing to stay ahead of an outbreak, a few cases turned into many thousands.

“And then started the series of lockdowns that were the final death blow to so many of our local businesses.

“When the wicked rule, the people suffer, Mr Speaker.”

Davis also called on the government to shore up its vaccination campaign.

He said the program was slow to reach the Family Islands and uptake of the vaccine has not been widespread.

He questioned why the prime minister has not initiated town meetings to educate the public about the vaccine and answer the public’s questions.

The opposition leader also underscored the concerns of the nurses and doctors’ unions, which have said the government has failed to consult them on the vaccination plan and the vaccine itself, among other key decisions concerning the ongoing fight against COVID-19.