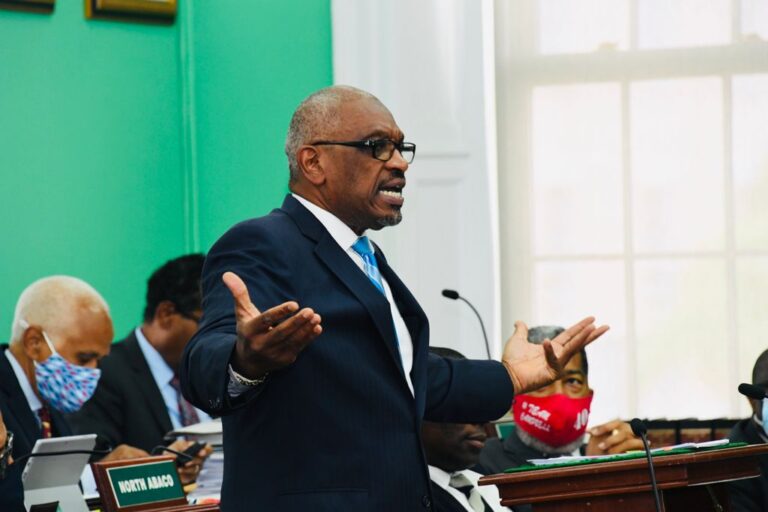 Ferguson: I am appalled by the number of govt contracts that were politically motivated

NASSAU, BAHAMAS — A former government employee and procurement specialist, who has challenged the implementation of the Minnis administration’s procurement legislation, said he was “quite amused” by the prime minister’s threat to reveal details from his personal files held by the government if he continues to press the issue.

Prime Minister Dr Hubert Minnis, while closing the 2021/2022 budget debate in the House of Assembly on Monday, slammed Daniel Ferguson, a retired chief petty officer with the Royal Bahamas Defense Force (RBDF) and former procurement officer in the Ministry Health and Ministry of Finance as “an angry man” in response to a recent article in which he raised concerns over the execution of the Public Procurement Act.

Minnis asserted that Ferguson had “breached confidentiality” in the article he described as being “riddled with inaccuracies and misleading statements”.

Ferguson has called into question whether transparency in public procurement is being delayed for political reasons, with the act set for implementation September 1, and has questioned whether contracts issued by the Ministry of Education had been tendered via the digital supplier registry.

Ferguson, in a statement responding to Minnis’ comments, said: “It was really not my intention to write another article until the end of September because I wanted to give the government the benefit of the doubt regarding their self-imposed timeline on when the Public Procurement Bill would come into effect.

“However, on Monday, June 21, the prime minister of The Bahamas, Dr the Honorable Hubert Minnis, during his closing remarks of the budget debate, referring to me publicly, said in the House and I quote: ‘If he don’t stop pushing me, I might have to reveal the details of his personal files while he was employed at the Royal Bahamas Defense Force and the Ministry of Health.’

“I was quite amused by this because I wanted to know what records he was referring to. I would say, though, that yes I am an angry man when a government will take advice from family, friends and lovers on procurement matters over the professional procurement specialists.

“I am angry because as a chartered procurement specialist, I am appalled by the amount of government contracts that are politically motivated and were neither tendered nor were they advertised.

“Yes, the previous government did the same, but has this government proven to be any different?”