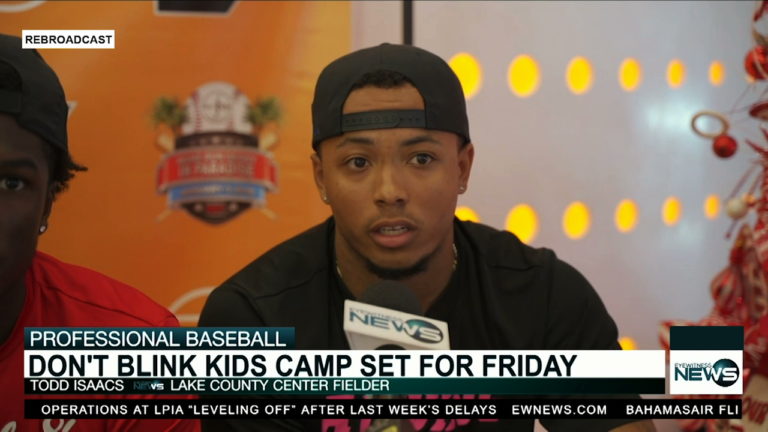 NASSAU, BAHAMAS – Several of the country’s top minor league players and several international major leaguers will go head-to-head this weekend at the Montagu Foreshores in the second edition of the Don’t Blink 242 Home Run Derby.

In an effort to connect with the local community and raise awareness about the single day showcase, players from both team Isaacs and team Fox hosted a meet and greet yesterday at the Marathon Mall.

“Honestly, I really think this is the hottest offseason event,” said event co-founder and team captain Todd Isaacs. “The names that we have coming in are the best in both the minors and the majors. The feedback we’ve been getting has been great, so, we just want everyone to come out and bring that energy.”

Co-founder and team captain Lucius Fox said he looks forward to a packed beach on Saturday.

“Everyone one traveling for the derby says that they can’t wait,” Fox said. “Some of them are getting in today and some will be here by Friday. However, they all are excited to come down to The Bahamas and put on a show at the beach.”

The derby will be preceded by a youth development camp at the Atlantis Resort on Paradise Island, which kicks off at 8 a.m.

“We are excited that these kids will get the opportunity to work out with pros,” Fox added. “This is a great opportunity to for them to develop their skills and learn what it takes to make it in the big league.”

Isaacs added: “After last year’s event, a lady came up to me and said she went outside and met her son and his friends making up their own derby in the backyard. That’s what we want to do. We want to spark this kind of action here. We want to get the youth participating in positive things like this because it can help with the development of the sport locally.”

A total of 20 Bahamian current and former pro players will take part in the event. They will be joined by 13 foreign players.