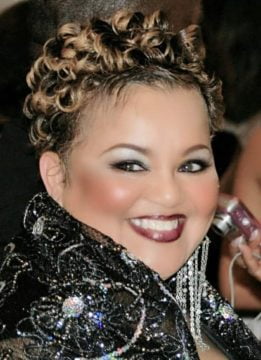 NASSAU, BAHAMAS – The Association of Former Tourism Employees and Retirees (AFTER Group) has recently elected Donna-lee Hilton as its new President.

The AFTER Group has been in existence for five years under the leadership of Ms. Judith Theophilus, who was congratulated for her vision in establishing such an association.

The incoming president, Ms. Donna-lee Hilton, noted that she was humbled to be elected to take on the baton as the new President.

She thanked Ms. Theophilus for her unselfish, hardworking and unwavering years of service.

“I look forward to being the bridge between our older members and the newly retired employees of the Ministry of Tourism,” Hilton said.

“There is a wealth of knowledge embodied within our group that can be shared throughout different entities in our society. I pledge, with the help of the newly elected Executive Board, to extend our expertise wherever needed.”

Hilton said it is her vision to enhance the awareness/activities of the group via social media and other channels, and to implement a newsletter.

“Of course, we are not a social club but an Association and need to partner with other Tourism affiliates.  Our tourism market is expanding in several directions and I feel we have positive nuggets that can assist in drawing even more visitors to our shores,” Hilton said.

The new president said it is also her desire to have the Association contribute to the production of historical literature related to the evolution of tourism over the years as well as documentaries on former employees of the Ministry of Tourism.

“I propose that the first documentary should be on Sir Baltron Bethel, the first Bahamian Director General of Tourism for The Bahamas, who has made a tremendous contribution to the growth of the industry. I also trust that our members will take the opportunity to share some of their rich experiences in the schools, with the same passion they displayed while working abroad selling our Bahama land,” Hilton said.

“It is in this vein that our new board will make a conscious effort to encourage our former colleagues to join the association and play a pivotal role in carrying out our goals.  Our team is eager to rebrand and take the Association to higher heights,” Ms. Hilton concluded.

Other members of the executive team include: