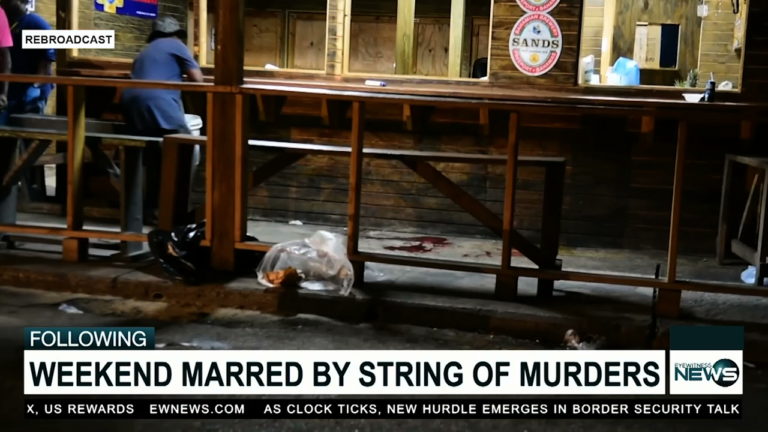 NASSAU, BAHAMAS – In the hours following a fatal shooting that unfolded on Potter’s Cay Dock on Sunday night, management at the popular restaurant strip still maintain that the area is a safe environment.

Gregory Minnis, Potters Cay Dock manager told Eyewitness News Online that the fatal shooting of a young man in front of a popular eatery at Potter’s Cay Dock over the weekend was an isolated incident.

“Potter’s Cay is a safe place and we are always working with police to do whatever is necessary to try to keep the public safe,” Minnis said.

Minnis urged Bahamians not to allow the “unfortunate incident,” deter them from visiting and supporting dozens of local food vendors who operate at Potter’s Cay Dock.

“Potter’s Cay is a safe place. This is an isolated incident and sometimes you may find that fellas come out there who find themselves in some difficulties and they come to the dock and an incident, like last night, unfolds. But, this is not the norm.”

In the wake of the recent shooting incident, Minnis confirmed that all stakeholders are expected to meet in the coming days to discuss various methods to enhance security at the dock.

Minnis asserted that his team will also engage in dialogue with vendors about outfitting their stalls with surveillance cameras.

Management at Potter’s Cay Dock is also waiting on government to respond to its requests for additional police presence to be provided for the area, according to Minnis.

“What we are trying to do is get a golf cart out there so that officers can have that stationed out there for better patrolling of the entire area,” Minnis noted.

“We also want a car itself, from the central police station, to either do more frequent patrols or be stationed there especially Thursday through Sunday which are our busiest nights.”

Minnis confirmed that the requests have been sent to Michael Pintard, Minister of Agriculture and Marine Resources and Anthony Ferguson, Police Commissioner, Royal Bahamas Police Force.

In the meantime, Minnis said his team intends to erect additional lighting on the dock before year’s end.

“We are working hard to have additional lighting positioned out there and a lot of other things happen before the year is out,” Minnis noted

Police have provided no updated details in regards to the shooting incident which unfolded at the dock sometime around 9:00 p.m. Sunday.

Police reports indicate that a man was standing in front of a local eatery at the dock when he was approached by a lone gunman who was clad in a hoodie.

The gunman opened fire on the victim and fled the scene on foot, police said.

The victim succumbed to his injuries on the scene.

The shooting incident pushed the country’s murder count to 10 for 2019.