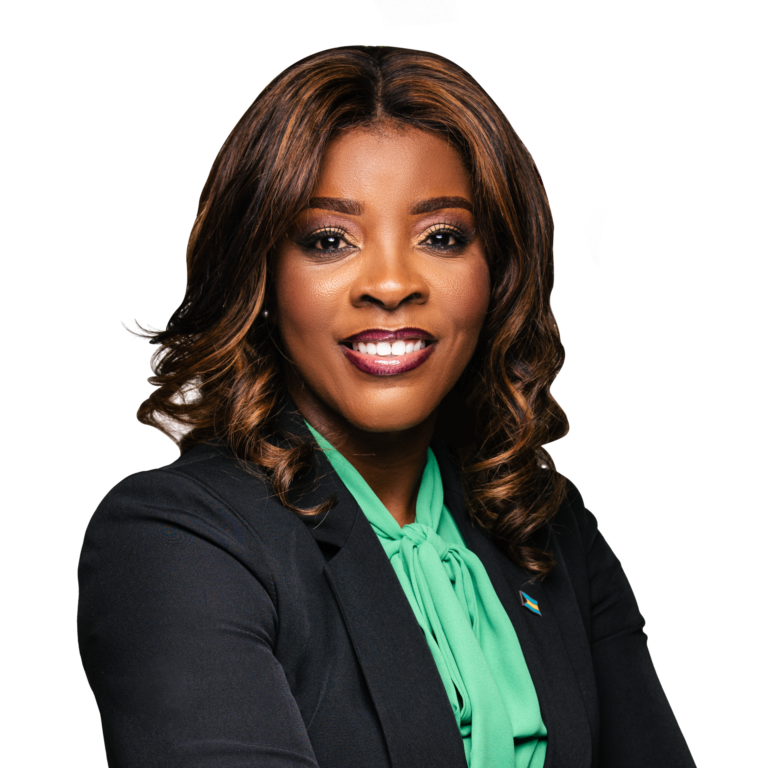 NASSAU, BAHAMAS — Scores of Democratic National Alliance (DNA) supporters gathered outside of the Central Police Station downtown for hours today after DNA Leader Arinthia Komolafe, and 10 other members, including party officials, were detained this morning.

The DNA held a demonstration in front of Parliament three weeks ago, on March 3.

According to DNA Vice Chairman Derek Smith, party officials were notified to report to the police station concerning the demonstration.

When the senior members and leader presented themselves at the police station, they were detained, Smith claimed.

He said he believes the arrest for reportedly unlawfully assembling was political in nature, though there was no evidence to support this.

“We are being targeted,” Smith said outside the station, flanked by over a dozen DNA members.

“What is so unfair about this is we have actually asked for permission to have a motorcade and then we were denied. And then one or two days later, in fact, the very day we were denied, we saw the PLP (Progressive Liberal Party) having a motorcade down in the southern Bahamas.

“We saw the FNM (Free National Movement) having it in Andros and even around here.

“So, who are we? We are not chump change; so, definitely, victimization it is.

Supporters waved a Bahamian flag as they stood outside the police station awaiting the release of their members.

DNA Chairman Omar Smith came out of the police station briefly to address supporters before being escorted back inside.

He said: “This will be the last time the political directive uses the police force as a political tool,” he said.

Just after 11am, Assistant Superintendent Audley Peters told the media and others gathered that a matter stemming from March 3 was “brought to the attention of the police that warranted an investigation”.

He said Komolafe was invited to the Central Police Station and was assisting police with their investigation.

“The law provides that we can hold someone in custody for 48 hours,” Peters said.

“We don’t expect it to be that long.

“They have been very cooperative.”

Pressed on the specifics of the investigation or whether there were pending charges, Peters declined to comment.

He was also asked about whether police were canvassing political walkabouts of the FNM and PLP, but said he could not offer a comment as he was “not aware whether the persons were on walkabouts on the weekend…or whether our officers were following these individuals”.

Peters said the public can expect an update on the matter by 5pm.

He advised that police will question each of the 11 people in custody and determine “whether or not we will proceed with this matter”.

Asked about the time frame for the investigation and the incident dating back three weeks ago, Peters said all matters brought to the police require background checks and other investigations to determine whether the “complaint is warranted”.

Peters also confirmed police officers were present at Parliament when the DNA demonstrated.

Asked if there were concerns about a large gathering at the time, Peters said: “It appears so.”

He was also asked why officers did not detain individuals at the time of the demonstration, but Peters sidestepped the question.

Komolafe’s husband, Emmanuel, said he was concerned about the lack of information being offered by police, noting that police had detained family men and women.

“It’s been two hours and not much information coming out and what started earlier just last week someone called and said ‘nothing to worry about; no issues; we just want to ask one or two questions’ has turned into two hours,” he said.

“Initially, before turning into two hours [in custody], somebody comes and says ‘you’re under arrest’.

“That’s disingenuous and that’s unacceptable. Those people have families and some of them might have medical conditions or some other issues.”

Lincoln Bain of Bahamian Evolution and Team Natural Resources arrived at the police station in support of the DNA shortly before noon.

A handful of officers stood in a row outside the doors of the police station.

An officer eventually advised the group gathered that they could not block the entrance of the station, but allowed Bain and others to continue to address members and the media on what Bain suggested was unlawful detention.

The crowd remained in front of the police station beyond noon.

Meanwhile, Englerston MP Glenys Hanna-Martin, who spoke to Eyewitness News outside the police station, called on Bahamians to “stand tall”.

“This is not, for me, a political issue,” she said.

“We are not sheep in this country and every Bahamian should watch this now and be concerned about the trend that is happening.”