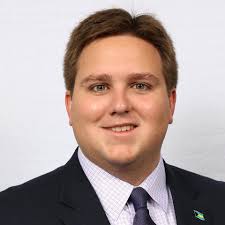 NASSAU, BAHAMAS — Central and South Abaco MP James Albury has suggested a special allowance be made for displaced Abaconian storm victims to allow them to be registered to vote in Abaco in the next general election.

Hundreds of families were displaced as a result of Hurricane Dorian last September.

The pace of recovery, rebuilding and the return of displaced residents remains slow.

Albury was asked what he expects for displaced Abaconians, who may wish to return to the island, but have not yet done so when a general election is called.

He said though he was not sure how such a special voting consideration would work, “it is something that I hope to see happen”.

“…There are so many Abaconians in New Providence, Eleuthera and other islands whose intent is to return back,” Albury told Eyewitness News.

“They do intend to return back, but they might not be in a financial position to do that yet.

“Now, as far as the legal side of it, I would have to be advised by the attorney general and the parliamentary registrar as to how a system like that can work.

Albury acknowledged there might be a challenge with non-Abaconian residents seeking to cast their ballots in Abaco.

According to the Parliamentary Registration Act, a resident is entitled to be registered as a voter in a constituency if they are living there, and have been living there for a period of three months.

The government and parliamentary commissioner have been exploring maintaining the existing register, thereby creating a permanent register, to reduce the number of people seeking to register for the next election amid the COVID-19 pandemic.

The decision would require a change in law.

It is unclear whether this would affect provisions for residents who have moved.

As it relates to maintaining the existing voter’s register, Albury said there is concern about low voter turnout, especially if COVID-19 persists around the time of the election, and the measure could be “helpful for people”.

“It’s a few different ideas being toyed around with,” the MP said.

“I don’t want to speak too much out of turn, but I think there are some smart ways we can do it to where it won’t be a burden on the majority of the people, and hopefully we can avoid low registration from COVID.”