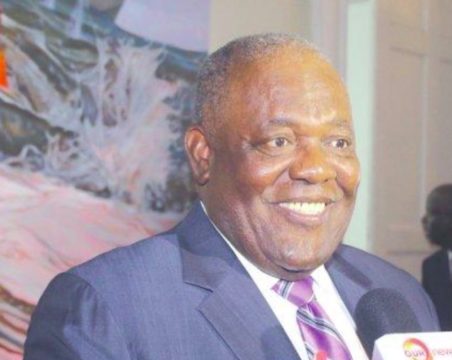 Former Minister of Health Dr Duane Sands, who has acted as spokesperson for Ingraham, said: “He is well enough to be discharged. He has been discharged. He is recovered to the point where we’re comfortable with him going home and completing his convalescence at home.”

Sands said Ingraham will follow the appropriate protocols that everyone who has contracted the disease does.

Ingraham was transferred out of the ICU over the weekend.

Despite being admitted to the ICU last Tuesday, Ingraham, 73, has not needed a ventilator.

He was being treated at home initially after being diagnosed with the virus over a week ago, but his symptoms progressed and he became “quite ill”, requiring hospitalization.

Ingraham has said he will take the COVID-19 vaccine when it becomes available.

He is among several elder statemen who intend to become immunized.

Former Prime Minister Perry Christie told Eyewitness News yesterday that he and his wife, Bernadette, will take the vaccine.

Prime Minister Dr Hubert Minnis has said he will be among the first in line to take the vaccine.

And former Governor General Sir Arthur Foulkes said last week he will not hesitate in taking the vaccine.

Christie, Minnis and Foulkes have all encouraged Bahamians to follow suit.

Meanwhile, healthcare professionals have expressed mixed views on taking the vaccine, and said more data is required on the long-term impact.

The Bahamas was expected to receive its first tranche of AstraZeneca vaccine last week, but there has been no official announcement on its arrival.

According to officials, 100,000 doses will be provided to the nation.

Minister of Health Renward Wells on Monday said the government will provide an update to the public sometime this week on the vaccine.

He announced last month that the first tranche of doses will likely be administered to provide 100,00 people with their first dose.

AstraZeneca is a two-dose vaccine.

The World Health Organization (WHO) recommends administering the second dose within 12 weeks.

New studies based on the vaccine rollout program of AstraZeneca in Britain showed that four weeks after the first dose, the vaccine was roughly 60 percent effective in preventing the virus among people over the age of 70.