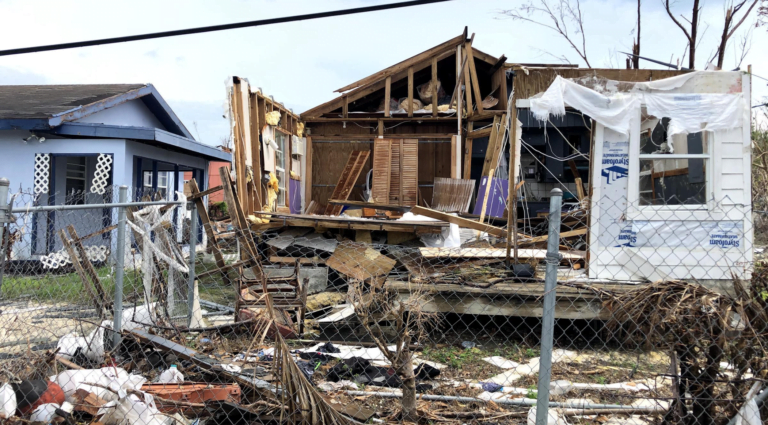 NASSAU, BAHAMAS — Minister of State for Disaster Preparedness, Management and Reconstruction Iram Lewis yesterday said the government is currently “reconciling accounts” to determine how much is owed to vendors in the Small Homes Repairs Program.

During a press conference on his ministry’s work since Hurricane Dorian and throughout the pandemic, Lewis was asked to address concerns over thousands of dollars owed to vendors on the storm struck islands.

“We know exactly what our needs are,” he said.

“We are currently reconciling all of our accounts. We know that there is a major shortfall.

“The overall program is going to run well over $20 million but as it stands right now we have accounts to reconcile and once we would have reconciled those accounts and run our numbers, then we will be able to better answer that question and make a determination about the way forward.”

Sources have told Eyewitness News that some vendors on Abaco and Grand Bahama have stopped honoring the purchase orders under the Small Homes Repair Program.

Back in September, Lewis noted that an influx of registrants to the programme had led to a delay of residents receiving supplies and vendors being paid.

Yesterday, he said the small home repairs program has registered over 4,000 residents for home repairs on the islands of storm-torn islands.

As of July, the Grand Bahama Port Authority estimated that within the two hundred square mile district of the Port Authority, approximately 4,637 homes were impacted to varying degrees by the storm.

The government had expected to garner funds from pledges offered from countries and organizations, along with other efforts to help fund Dorian restoration.

However, officials have said the pandemic has created delays in receiving promised donations.