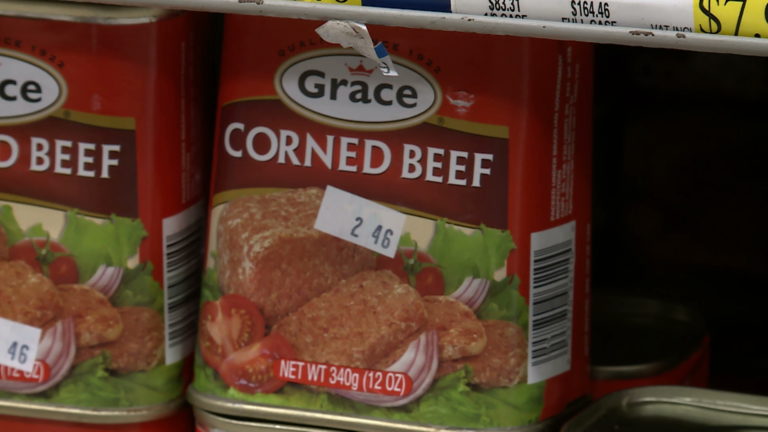 A handful of citizens took to Rawson Square Monday to protest the new value-added tax (VAT) rate with a ‘digital protest’ which began Sunday.

Founder of Citizens Against Bank Exploitation (CABE) Dr. Denotrah Archer-Cartwright, M.D., organized the “vacation” where it was suggested that people buy nothing burdened with the new 4.5 per cent increase on Sunday or yesterday.

In an interview with Eyewitness News yesterday, Dr. Archer-Cartwright said that in watching this situation with VAT unfold – although it is now law – it still happened “very abruptly”.

“The biggest issue about VAT was how it was implemented; it was fast and abrupt,” Dr. Archer-Cartwright said.

“There was no consultation with Bahamian people nor the business community. It was basically, here, we are doing this. And, by the time it was signed off, VAT was here.

“It really didn’t give people enough time for it to sink in that this was happening, especially at a time when the economy is not doing well.”

Dr. Archer-Cartwright highlighted that 50 per cent of Bahamians are not able to cope with their finances and their bills, according to the Central Bank of The Bahamas, which she said makes the new tax “very shocking coming from the government”.

“People are still struggling and the economy is not doing well … we are still in a recession despite the economies like the United States (U.S.) around us are improving, The Bahamas has not recovered yet. So, the question is, why is the government not looking at the alternatives? Why go straight to VAT?” she asked.

Dr. Archer-Cartwright noted that VAT is creating a fiscal cliff because of the strength of the economy and instead, offered various solutions that government could have resorted to instead of ‘taxing’ the people.

“…(There) are areas of the economy that depend on foreign investments that are not taxed, specifically wealth management,” she explained.

“We manage over $171 billion of foreign money – those [foreign] companies are not properly taxed.

“If the government taxed the foreign wealth companies instead of the Bahamian people, there would be more money in The Bahamas’ bank account.”

Protestor Paul Moss also added his suggestion for an alternative to the tax issue.

“… use The Bahamas’ territorial water – there is a tax applicable to that. This is what should happen, not trying to tax the Bahamian people. We are a vulnerable nation,” Moss said.

“There are many companies in financial services, who are making tens of millions of dollars and they are VAT exempt. This sends a duplicitous message indicating that foreign is better.”