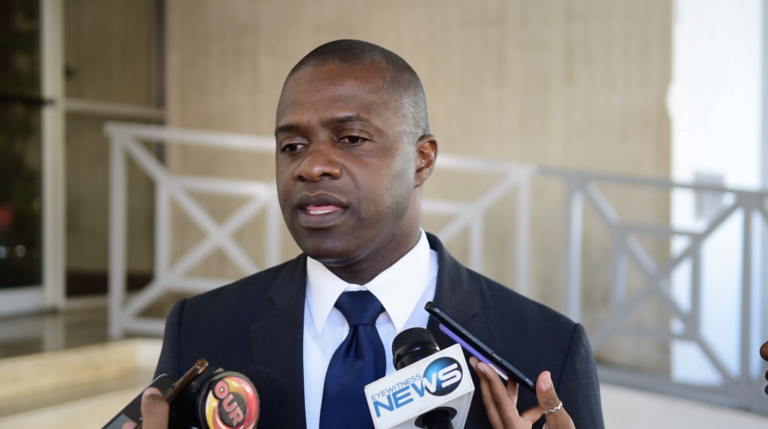 NASSAU, BAHAMAS — Minister of Financial Services, Trade and Industry and Immigration Elsworth Johnson said yesterday that developing and promoting an alternative dispute resolution regime is one of his ministry’s “highest priorities”, noting that the goal is to ultimately position The Bahamas as a centre for international commercial arbitration and ADR in general.

While delivering his Minister’s Report yesterday Johnson noted that the Ministry has hired an arbitration consultant for the sole purpose of overseeing the roll-out of ADR.

“This pioneering initiative is one of the ministry’s highest priorities,” he said.

“Alternative dispute resolution is a method of resolving disputes without resorting to the court system. ADR has been gaining significant traction over the past few decades and has been linked with generally favorable outcomes in other jurisdictions. In fact, a survey conducted by Queen Mary, University of London indicated that 97 percent of survey respondents prefer international arbitration as their preferred method of dispute resolution and an overwhelming 99 percent of respondents would recommend international arbitration to resolve cross-border disputes. The landscape for dispute resolution has changed and The Bahamas must keep pace,” said Johnson.

He added, “The goal is to establish The Bahamas as a centre for International Commercial Arbitration and ADR in general.” This he said will result in The Bahamas becoming more attractive to international investors; improvements in The Bahamas’ position as a leading international financial centre and the development of a new industry that would positively affect trade and other commercial activities.

“We will aggressively promote local ADR services on the global stage and while the economic impact of these activities may not be felt overnight, we are committed to building this sector for long term growth. ADR will expand access to equitable remedies for many Bahamians and companies involved in disputes while maintaining strong business relationships as ADR processes are typically faster, less adversarial and cheaper than traditional court proceedings,” said Johnson.