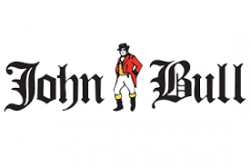 In a statement, the retailer underscored its revenues have suffered a ‘devastating blow’.

“Despite every effort to secure employment for each of our team members throughout this pandemic; the economic fallout has been greater than we could have ever imagined,” the statement read.

“Going into this pandemic we stood firm by our commitment to always put our team first; and promised that we would assist in mitigating the financial impact as much as; and as long as corporately possible.

“Delivering on our word; John Bull’s team members were extended full salary throughout the first few weeks of the Emergency Powers (COVID 19) Orders 2020; during a time when all of the company’s locations were closed.  This scenario was not sustainable and in the ensuing weeks the company eventually extended ex-gratia payments to each employee representing up to 50 per cent of their salary,” the company said.

It further noted that as the economic downturn continues with the announcement of delayed cruise ship arrivals to the port of Nassau along with uncertain reopening dates for local resorts; “some very tough decisions” are necessary to secure the company if it is to have a future in retail beyond its 91 year legacy.

“We had hoped to be in a position to retain all of our staff; but given the current and foreseeable future state of affairs it is impossible,” the statement continued.

“With over 60 percent of our locations still closed for business; and a devastating blow to the company’s revenue; it is with a heavy heart and great regret that we must now move to reducing our staff complement by 15 percent.

“This action is extremely difficult however very necessary in order for John Bull to continue to be able to function now, as well as on the other side of this pandemic, by way of a healthy employer and place of empowerment.

“We remain hopeful and prayerful that things will turnaround sooner rather than later to avoid continued economic fallout for our company and nation,” the company said.