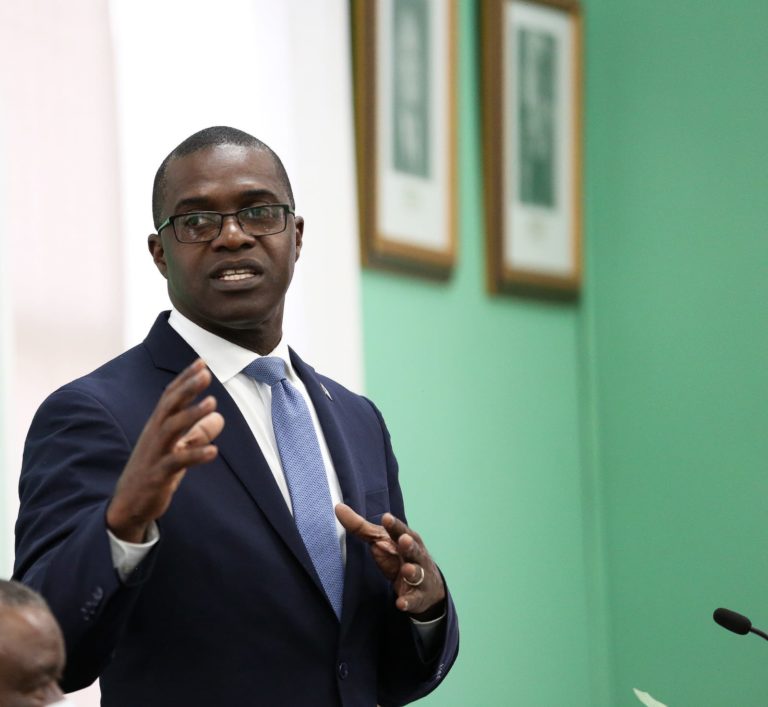 NASSAU, BAHAMAS — Notwithstanding a nearly $5 million reduction for wages and salaries in the Department of Immigration’s budget, Minister of Immigration Elsworth Johnson said the department plans to acquire between 60 and 100 additional immigration officers in the upcoming fiscal period.

During the budget debate in Parliament, Johnson also announced the department will hold a promotion exercise in the upcoming fiscal period.

He said this will be the first exercise in over five years.

“The department has lost a number of experienced staff over the last three years due to retirement, resignation or transfers,” Johnson said.

“Additional immigration officers are needed to replace these officers and to man some give additional island and locations that are currently unmanned.

“If all goes well, the Department of Immigration is hoping to hire between 60 and 100 new recruits in the third of fourth quarter of 2020/2021 fiscal period.”

Overall, the department’s budget will be slashed by nearly $6 million — in line with the government’s fiscal plan to reduce the allocation for government ministries and department by 20 percent.

In the department, consultancy services will be reduced from $6.3 million to $4.75 million.

Another notable shift in its budget includes the allocation for uniform allowance, which is set to increase from $170,000 to $1.5 million.

The Department of Immigration, a revenue-generating agency, took in less this fiscal year compared to the previous period.

The department generated $57.4 million between July 2019 and May 2020 — down from initial projections in part due to Hurricane Dorian impacting the country during one of the busiest periods for permits expiration and renewal.

The minister also advised Parliament plans to construct a new detention center on Inagua were still going forward, but not during the upcoming fiscal period.

He said went constructed, the facility will serve as an economic stimulus to the island and could serve as a temporary hurricane shelter during the hurricane season.

The undertaking is expected to reduce the cost and risk of transporting and processing detainees from illegal landings and attempts in the southern Bahamas.

In the budget, over $500,000 has been allocated for food at the center, Johnson pointed out.

He said to reduce cost, the department has received approval to complete a canteen at the detention center.

“We anticipate a tremendous reduction in costs to the taxpayers once completed,” Johnson said.

Additionally, Johnson outlined improvements made to the facility off Carmichael Road, ranging from the construction of two new air-conditioned male and female dorm with private bedrooms; the installation of automated systems for migrant process and the maintenance of records as part of a $30 million investment, and the installation of a comprehensive on-site medical centre with a physician who visit three days per week.

Repatriation exercises cost taxpayers over $900,000 in 2019/2020, excluding the cost to repatriate 75 migrants, all of whom were Haitian, last Friday.

As of yesterday, there were 58 migrants at the detention center, though their nationalities were not provided.

As of June 1, there were 133 migrants detained at the Carmichael Road Detention Centre.

A total of 2,662 people were repatriated to their respective countries during the last fiscal year.

Since January, the department has granted asylum status to nine people and refugee status to 10 people.

The department began issuing asylum seeker’s certificates and cards in 2017.

According to Johnson, there are 75,000 permit holders in The Bahamas — 20,782 of whom have long-term work permits.