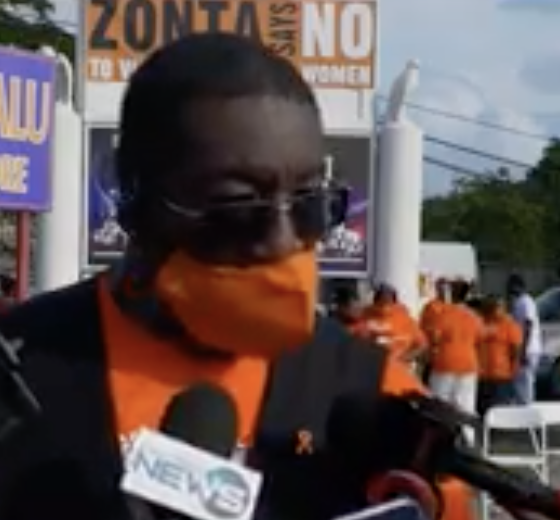 Speaker of the House of Assembly Halson Moultrie.

NASSAU, BAHAMAS — While he once again lambasted the government over the lack of movement on a resolution to allow Parliament to meet remotely, House Speaker Halson Moultrie insisted that there’s no dissension in the Free National Movement (FNM).

Parliament is expected to meet today in compliance with the established physical distancing protocols, which permit a maximum of 25 members in chambers.

While a resolution has been drafted recommending “hybrid” and virtual Parliamentary proceedings, amidst the ongoing pandemic, there has been no movement on the matter to date.

Moultrie called the lack of action on the resolution a “complete indictment on the executive branch of the government”.

“It appears to me that once the speaker recommends something, the Cabinet is going to deny it,” he said.

“That’s a sad state of affairs for any nation.”

Moultrie has continually renewed calls for the autonomy of Parliament.

“What has happened over the years is a complete erosion of the authority and function and purpose of the legislative branch, so that we have developed situations where the leader, the prime minister in these jurisdictions, can function like a demigod — like a person who is a maximum leader, a person who could just dictate to the others,” he said.

The speaker, however, maintained that there is “no dissension” in the Free National Movement.

“There’s no dissension as far as I’m concerned. I’m taking a constitutional legal and principal position. No one can challenge the position that I took, based on the constitution.”

Asked whether he believes Prime Minister Dr Hubert Minnis has been acting like a “demigod”, Moultrie noted that he “understands to a certain degree” why the prime minister may be apprehensive to challenges.

“I think the prime minister has a good reason, from his history, to be concerned when anybody raises a voice,” he said.

“He has a certain history where he experienced uprising in his party against him. I understand to a certain degree his response whenever a person like myself would challenge the executive on matters of principle.

“While I understand it, I don’t think it should be condoned.”

He added, however, that “there’s no uprising as far as I’m concerned”.

Over the past few weeks, Cabinet meetings have been held virtually and in person, with ministers split between the Churchill Building and the Royal Bahamas Police Force Headquarters.

When Parliament debated the extension of the emergency orders to the end of the November, 24 members were absent.

The majority of the Cabinet was in quarantine after Minister of Public Works Desmond Bannister tested positive for the virus.

Two House of Assembly staffers tested positive for the virus in September.

At least five parliamentarians, including two Cabinet ministers, have contracted the virus since March.

Moultrie said he expects all Cabinet ministers, who are now out of quarantine, to be able to attend today’s sitting.

Parliament is expected to start debate on amendments to the Defence Act, 2014, and the Correctional Services Act today.