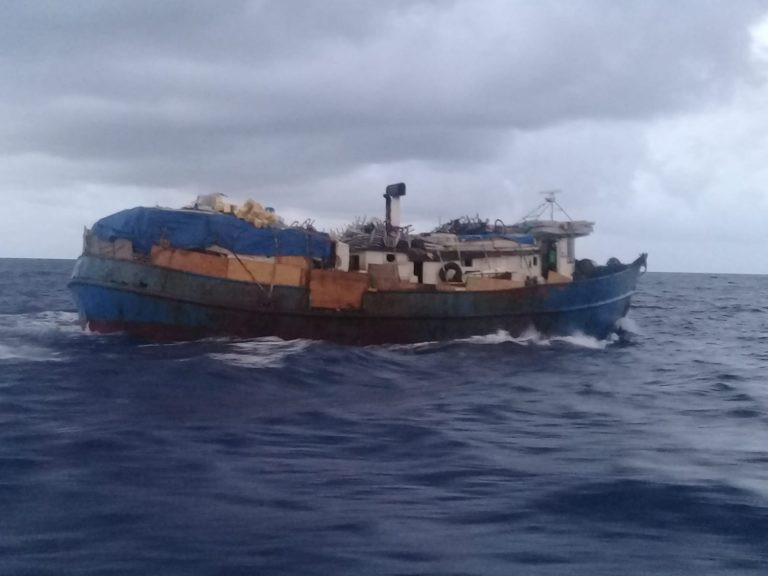 An RBDF patrol craft was directed to investigate the sighting by an RBDF aircraft, which was on patrol in the area under the command of Senior Lieutenant Grere Martin.  Subsequently, HMBS Lignum Vitae, under the command of Senior Lieutenant Bertram Bowleg, intercepted and boarded the vessels off Long Island later that evening.   After boarding and searching the vessels, it was confirmed that the vessels were once operated by fishermen from the Dominican Republic and had been previously apprehended by the Defence Force for fishing violations in Bahamian waters, resulting in the charging before the courts and incarceration of all of the Dominican poachers aboard the vessels.  At that time, the vessels were confiscated by the Court and later auctioned by the Ministry of Finance.

Understandably, the previously-owned Dominican vessels were reported as being “Dominican fishing vessels” after they were spotted in waters near Long Island on Thursday, however, the boarding team was able to verify that the new operators were in possession of appropriate documentation.

The Royal Bahamas Defence Force reassures the general public and the local fishing community of its commitment to maintaining a strong presence within our maritime domain to safeguard the people of The Bahamas against illicit activities.