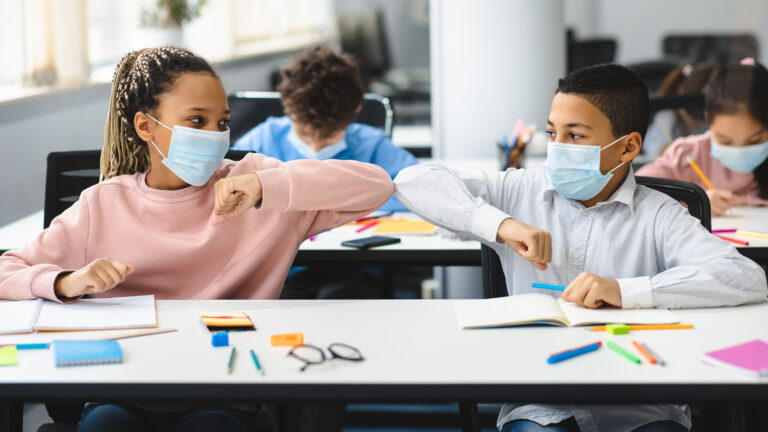 NASSAU, BAHAMAS — As the new academic school year approaches, around 50 percent of parents appear to be unfavorable toward vaccinating their children against COVID-19, an Eyewitness News survey indicates.

The Pfizer vaccine, which The Bahamas is expected to be a beneficiary of via the United States, has been approved for emergency authorization use in children ages 12 to 17.

In a July survey of 305 respondents, who were asked as a parent or guardian whether they intended to provide consent for their children or dependents under the age of 18 to become vaccinated with Pfizer when it becomes available, 42.4 percent or 128 respondents said they planned to do so.

Another 8.9 percent or 27 respondents said they were unsure.

While the number of respondents is not a representative sample of the nation, the results are indicative of an already sluggish vaccination uptake, even as cases, hospitalizations and deaths climb amid the latest surge.

Juliet Minnis, whose daughter, Patrinique, is 17 and will attend 12th grade at CR Walker, said she has seen unvaccinated people hospitalized and dying and made a decision from months ago to vaccinate herself and her daughter when possible.

“I think in the long run, people who don’t take it will be sorry they didn’t,” she told Eyewitness News.

“I wish I could send her (Patrinique) away to do it if it doesn’t come here.

“So, I had this in mind from when I took mine and I am fully vaccinated.”

Asked whether she was concerned about large numbers of children being unvaccinated if and when her daughter returns to the classroom, she said: “That is also why I want her to take it.

“Parents who don’t want their children to get vaccinated, that’s the people who are not vaccinated themselves. But they took vaccines for smallpox, chickenpox, measles and mumps — all those vaccines they had to take before for them to go to school.

“So, why not take the COVID vaccine? What’s the difference?”

Asked if she was concerned about the vaccine being authorized for emergency use after being developed in under two years, Minnis said that while nothing is 100 percent safe, she prefers to take her chances, noting that not taking the jab could lead to death.

Patrinique, who also spoke to Eyewitness News, said she was hesitant about the vaccine, but after someone she knew contracted the virus and was hospitalized, she was convinced to get vaccinated.

“My mum said it makes sense to have a chance of living by taking the vaccine because it is over 90 percent [effective] and to avoid the risk of being hospitalized, knowing that it’s difficult for people to get beds, and I totally agree,” she said.

“If my mum had said that prior to knowing a coworker died from it, I probably wouldn’t be 100 percent sure in taking it, but now I’m definitely going to take it.”

Responding to questions from the media on Tuesday, Prime Minister Dr Hubert Minnis said the reopening of schools is an ongoing discussion with the Ministries of Health and Education.