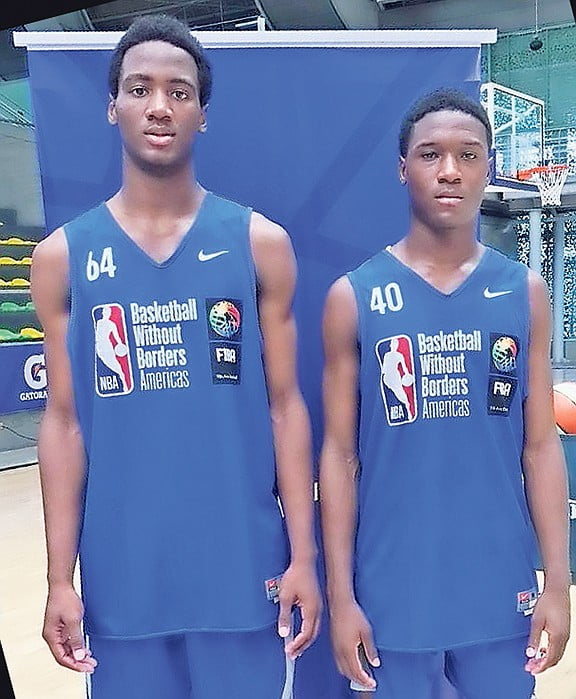 Deyton Albury, from Temple Christian, and Romad Dean, from Tabernacle Baptist, will attended the four-day camp, which was hosted in Medellin, Colombia. Over 60 boys and girls from 18 countries participated in the clinic.

The NBA and FIBA have staged 57 BWB camps in 36 cities in 28 countries on six continents.  BWB has hosted more than 3,400 participants from 129 countries and territories.  More than 290 current and former NBA and WNBA players have joined more than 230 NBA team personnel from all 30 NBA teams, with 60 former BWB campers drafted into the NBA or signed as free agents.

The Bahamas hosted the 2017 Basketball Without Borders Americas Camp at the Kendal Isaacs Gymnasium. The Bahamas was represented by Dominick Bridgewater (FOS Provence Byers BC – France), Kai Jones (Texas Longhorns) and Derryn Johnson among the top prospects in Latin America and the Caribbean.