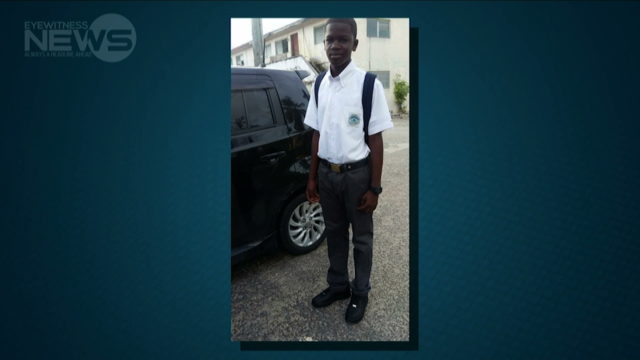 Progressive Liberal Party (PLP) leader Philip Brave Davis said a government official has yet to take responsibility for what is a “clear public safety issue”.

Perry Rolle, 15, was stabbed less than a mile away from the campus by a student of a neighboring school.

A 16-year-old student of C.C. Sweeting was arrested and charged in connection with the murder.

During a press conference at PLP headquarters, Davis said it was disconcerting that in the aftermath of the fatal stabbing that the government sought to dish out blame rather than engaged in a “brainstorming exercise on appropriate preventative measures”.

“Bahamians should not have to fear being shot, stabbed, or fear becoming the victim of violence on our public streets, at work, at play or in their homes.

“It is imperative that we protect the most vulnerable amongst us and restore the police.

“So, while the government is busy doing public relations on crime, quoting crime statistics and telling the public that crime is down and so, is the fear of crime, surveys continue to show that the number one issue on the minds of Bahamians is crime, so the fear of crime is a very serious issue among Bahamians.”

In a recent interview, Minister of National Security Marvin Dames said the government has to consider introducing “technological, innovative” changes within the public-school system to increase safety and security in the wake of the fatal stabbing.

According to Davis, the presence of police officers in and around school campuses has a “preventative effect”.

“People don’t do things in the face of police officer,” he said.

“We don’t expect that to happen.

“Preventative measures [include] saturation patrols for example; police officers at key times of the day will make themselves present in particular areas — what we call the hotspot zones, which are easily discernable by doing an assessment of what’s happening.

“[Other] preventative measures are the Urban Renewal band for example; after school programs that include the recruitment of persons to the band, and ensuring, and giving them something positive to do after school and those efforts; after school programs to ensure that the young people are not being contaminated by those who are around them who would recruit them for gangs or otherwise.

“There are any number of initiatives I can think.”

He said the incident took place at a time when police officers should be present at or around the school, as per the school policing program, relaunched by the previous administration.

“Would this incident have occurred had that policy remain in place? Davis asked.

Dames has dismissed suggestions that officers have been pulled away from the program to join the frontlines.

He said that the police force continues to support and man the program, insisting that school security is a priority for the Minnis administration.