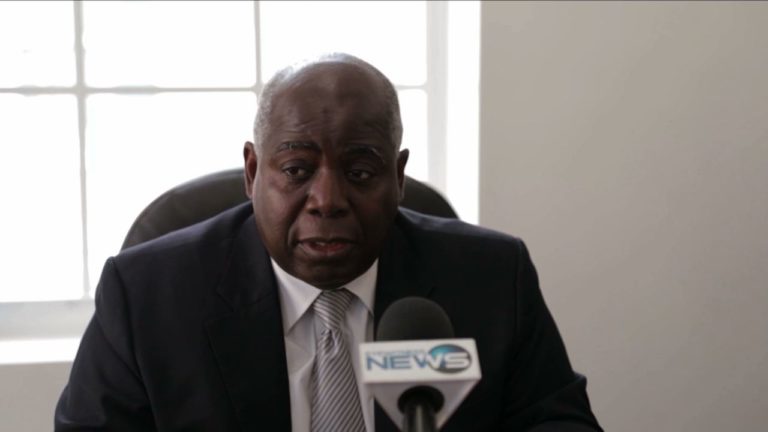 NASSAU, BAHAMAS – Progressive Liberal Party (PLP) leader Philip Brave Davis on Wednesday slammed the budget presentation delivered by Prime Minister Dr. Hubert Minnis in the House of Assembly yesterday, stating that his presentation was more about his obsession with the PLP rather than addressing the concerns of ordinary Bahamians.

Davis said the people of Grand Bahama as well as those as far south as Inagua saw no hope or optimism in the prime minister’s “uninspiring” presentation.

The PLP leader said as tens of thousands of hotel workers ready themselves for an industrial strike, the prime minister continues his ‘false and error-riddled narrative’ about PLP corruption and mismanagement, which descend into the ‘irrelevance’ of the 1980’s.

According to Davis, it is simply a ‘deflection’ from the current abysmal performance of his government.

The PLP leader noted, however, that the prime minister failed to mention, “the judicial condemnation of two of his ministers; growing unemployment; stagnant wages; the increasing cost of living and the fact that his policies of tax hikes, mass separations, cronyism, self-dealing, refusal to pay contractors and a dogged pursuit of an elusive fiscal deficit target have all contributed to misery, discontent and the dissatisfaction that Bahamians have with this administration.”

Davis said none of these critical issues, which are important to everyday ordinary Bahamians were resolved or adequately and directly addressed by the prime minister.

“Further, much of the prime minister’s debate content were essentially recycled material from the past two budget communications and funding of much of what he promised cannot be readily found in the budget heads,” the PLP leader claimed.

“This is sad and highly unfortunate because many of these issues and the general malaise were the direct result of actions or inaction by this prime minister and his maladministration.

“Nobody is listening to or buying what this prime minister or his government is selling any more.”

Meanwhile, Davis also made note of the prime minister’s ‘disparaging’ reference to the father of the nation, Sir  Lynden Oscar Pindling, which he said was only to score cheap political points.

Davis said the prime minister and many of his FNM colleagues sit where they are today because of the vision and fight of Sir Lynden and the principled stance he took against the UBP and the ruling oligarchy of the day.