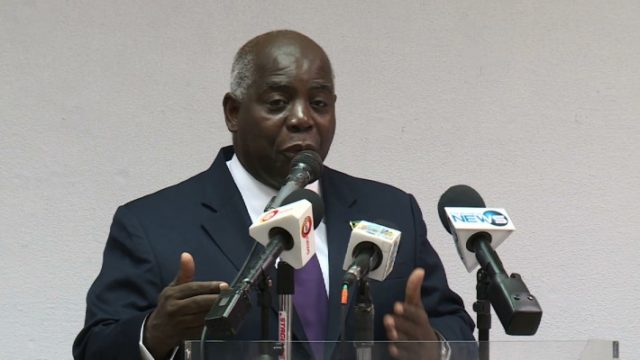 NASSAU, BAHAMAS – The legal fraternity is reportedly up in arms over foreign hires at the Department of Public Prosecutions (DPP), but Minister of State for Legal Affairs, Elsworth Johnson, explained on Wednesday night why the hires were made.

Jones-Nebo was the deputy director of public prosecutions in Nigeria.

Bakibinga was a lawyer at the Directorate of Public Prosecutions in Uganda.

The appointment of Jones-Nebo and Bakibinga was not made public by the government.

While this is not the first time that foreign hires were made, the issue was raised on Wednesday night by opposition leader Philip Brave Davis in the House of Assembly.

Davis called on the government to explain why these hires were made as there are many qualified local lawyers to fill both posts.

“I am just wondering whether someone could explain what efforts were made to recruit local lawyers, because as you know, we are swamped with lawyers and there is a lot of concern being expressed about these two new hires and I am wondering if some explanation could be given,” Davis asked.

“He is responsible for assessing the technical needs of that office and he has determined, after going through the process and after doing a local assessment for talent, that that [hiring of non-Bahamians] was required and so following his lead, those persons were brought on,” Johnson explained.

Eyewitness News  Online understands that the positions were first advertised in local media in January 2017, but the initial applicants did not meet the criteria.

The positions were then advertised internationally in January 2018 through the Commonwealth Secretariat, of which six persons applied from Commonwealth countries.

The Bahamas has hired several foreign attorneys who have risen to high posts within the judiciary.

Ricardo Marques, a Guyanese, served as director of legal affairs in the  office of the Attorney General and later became a Supreme Court justice.

Emmanuel Osadebay, a Nigerian, served as a magistrate and later on the Supreme Court and Court of Appeal.