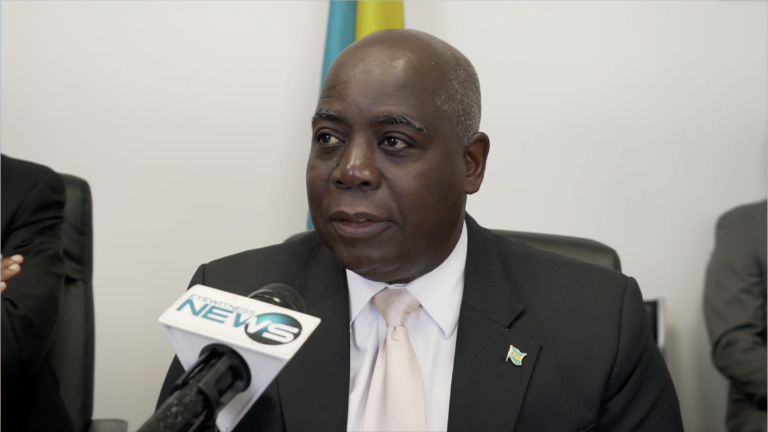 NEMA should be restructured into autonomous body, says PLP leader

NASSAU, BAHAMAS — Opposition Leader Philip Brave Davis has accused the prime minister of creating a new ministry to insulate himself from public backlash over the government’s handling of the Hurricane Dorian crisis.

He reiterated the opposition’s charge for the government to restructure the National Emergency Management Agency (NEMA) into an autonomous body.

“My guess is that the prime minister is under enormous political pressure and created this ministry in direct response to these internal political challenges,” said Davis at a press conference at the PLP’s headquarters on Farrington Road.

“This new ministry insulates the prime minister from the problems and public backlash associated with his administration’s handling of his post-hurricane relief and restoration effort.”

The Progressive Liberal Party (PLP) leader questioned whether the new ministry had been given greater authority than what already exists within the government structure, and its agencies like NEMA.

“The PLP maintains that functional and structural reform or transformation of NEMA is necessary and will immeasurably improve the country’s capacity to deal with national emergencies of this nature,” he said.

Dorian ripped through the northwest Bahamas as a record category five storm, decimating portions of Abaco and Grand Bahama.

Police revealed another body was recovered from the Mudd in Abaco on Monday, bringing the number of confirmed deaths to 54. More than a thousand people remain missing.

While authorities have said number of deaths is expected to increase, there have been criticisms the government has dragged its feet on giving a full account.

At PLP headquarters, Davis underscored the stalled pace of body recovery and identification.

“We just don’t know,” the PLP leader said. “The authorities have been painfully slow, but given what we know about the challenges of identification. The existing law states that you must wait some seven years before a missing person can be declared dead. In these circumstances, unique circumstances, the Parliament could be convened to address these issues by statute or at least any parliamentary committee to engage stakeholders on how we deal with this.”

Davis said three weeks following the storm, the PLP’s concerns remains the same: bipartisanship in the planning and execution of the recovery effort; addressing the concerns of those of the ground who continue to complain of government bureaucracy impeding efforts; and the recall of Parliament to open the platform to stakeholders on the way forward.

“I personally reached out to the prime minister of several occasions by phone and in writing,” he said. “We maintain that this natural effort is a governance issue and since the opposition is a constitutional arm of government, opposition parliamentarians have a role to play.

“We called for the recall of Parliament in the immediate aftermath of Dorian, which we believed would have provided a free and democratic platform, and forum where all citizens or stakeholders could have a voice in charting the way forward.

“One reason for doing so for example is that weeks after the storm there is no reliable count or estimate of the dead.”

Davis maintained the party’s objection to the appointment of Senate President Kay Forbes-Smith as a hurricane coordinator.

He said this is a blatant violation of one of the fundamental principles of the separation of powers.

Forbes-Smith was named as a hurricane coordinator for Grand Bahama, while former Director of the National Insurance Board (NIB) Algernon Cargill and permanent secretary in the Ministry of Foreign Affairs Jack Thompson were named as coordinators for Abaco. Those functions are expected to be integrated into the new ministry.