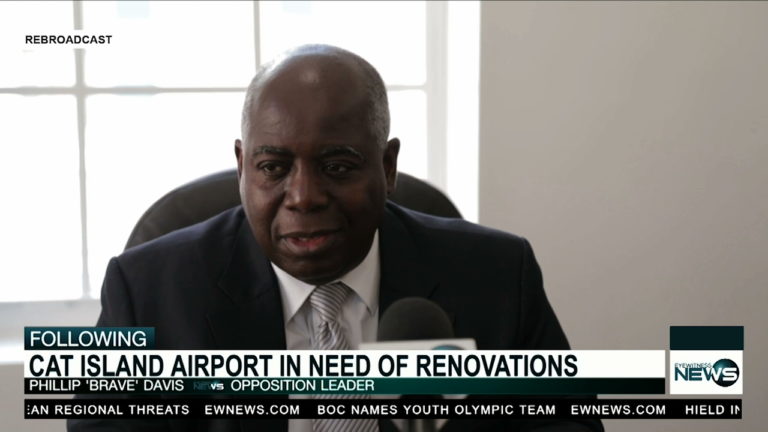 Minister of Tourism and Aviation Dionisio D’Aguilar announced recently that government was at a crossroad regarding the renovations of the Arthur’s Town Airport in Cat Island.

He said that the government had not planned for repairs to that airport in this year’s budget.

However, Opposition Leader Phillip Davis told Eyewitness News that the previous administration received warnings to close the airport but had decided to maintain the infrastructure because it was essential to residents in the north.

“For persons to leave from Orange Creek for an example, to go to New Bight to catch a flight to Nassau, the cost of that transportation is almost the cost of a one-way trip to Nassau,” said Davis.

“That will increase the cost and burden of the people in the north.”

“I do not recommend closure and I urge the government to just do what we were doing, we were maintaining the airport just to ensure that airlifts continue to that airport.”