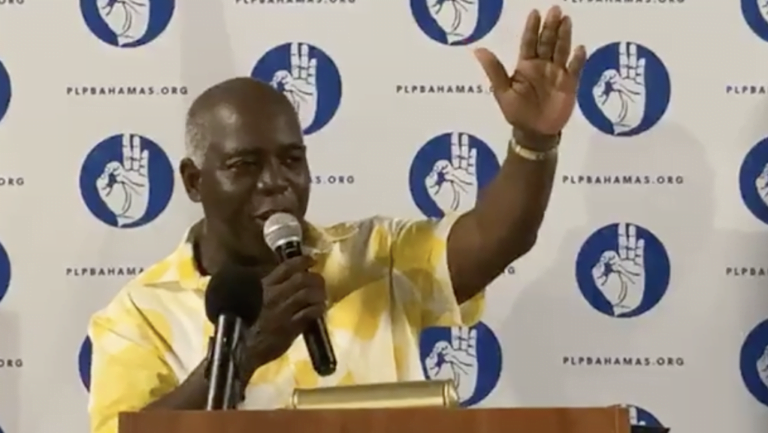 NASSAU, BAHAMAS — Opposition Leader Philip Brave said he is prepared to publicly debate Prime Minister Dr Hubert Minnis on national issues leading up to the general election, calling it an appropriate electoral process for Bahamians to “see who they are voting for”.

“It is a question of the wishes of the Bahamian people,” Davis told Eyewitness News.

“I will not run away from a debate.

“I am prepared to debate the prime minister of the country on national issues leading up to the next election.

“I think it is appropriate for the Bahamian people to see who they are voting for, hear their views and be attuned to their responses to questions.”

Asked about the outcome of a debate between him and the prime minister, Davis said the Bahamian people would determine their performances.

The PLP leader said he is confident in his ability to make a case to the Bahamian people and present the issues and his vision for The Bahamas.

In the months ahead of the last general election, then Democratic National Alliance Leader Branville McCartney challenged then Prime Minister Perry Christie and Minnis, the then opposition leader, to a debate.

He said public debates between the leaders of the three parties — the Free National Movement, Progressive Liberal Party and DNA — to voice their vision for the future would give the Bahamian people more information to make their choice.

But Davis indicated a party leaders’ debate would require standardization or risk making a “mockery of the process”.

“A party leaders’ debate ought to have some qualifications, and qualifying standards,” he said.

“If a party, in my view, obtains about 15 percent of the votes in an election, then I will call them sufficiently relevant to participate in a public debate.

“Now, a party which has garnered four percent of the vote in an election will not be considered by me to be a party that has reached the level of qualifying for leadership debate.”

The DNA received less than five percent of the vote in the last general election, compared to the 8.5 percent it secured in the 2012 election.

As the issue of electoral debate gained public interest, Christie, who accused Minnis of hiding behind press releases, said he would be open to a debate.

Minnis had indicated he was not afraid of Christie or a debate, insisting the then PLP leader could “call a general election and let’s rock and roll”, but the debate was never arranged.

Debates are held in many parliamentary democracies around the globe.

Some of these include the United Kingdom, the United States, Canada and Jamaica.