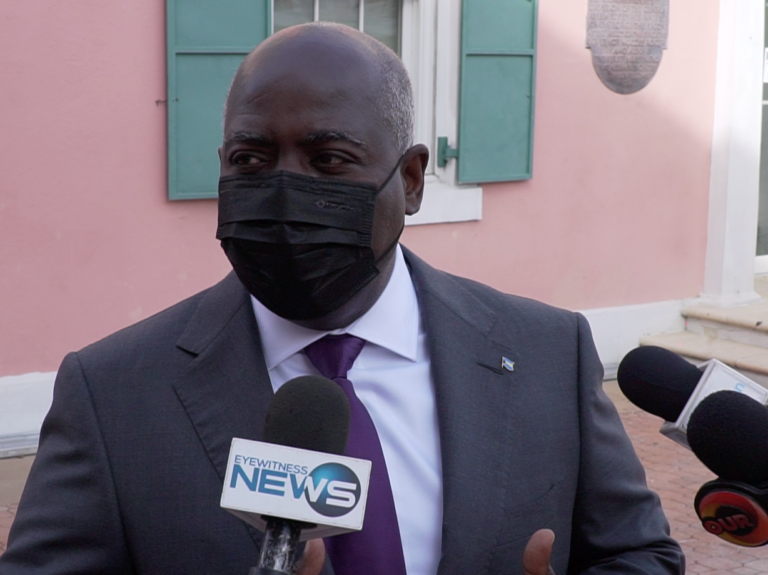 House Speaker Halson Moultrie resigned last week, citing a “divergent and untenable” relationship with the FNM as a politician who could not compromise his commitment to beliefs in good governance and the separation of powers.

He followed Centreville MP Reece Chipman and Golden Isles MP Vaughn Miller, who resigned from the FNM in October 2019 and December 2019 respectively.

Davis said: “While we rarely take much note of the conflicts, in-fighting and grievances that continuously swirl within the FNM, the recent resignation and ejections from Minnis’ team are worthy of comment because of what they reveal about the state of the nation’s governing party.

“Throughout his term, the prime minister has demanded neither competence nor integrity from his team, but with elections looming, [and] well aware that Bahamians view his team as unfit, he has sprung into action to create the appearance of change.

“Just this weekend, a day before Peter Turnquest’s planned constituency walkabout, Turnquest was informed he would not be nominated again for his seat.

“But how long has it been since Hubert Minnis knew that Peter Turnquest was up to his neck in serious legal trouble, and that a forensic accounting audit had implicated the nation’s deputy prime minister and minister of finance in fraud to the tune of tens of millions of dollars? Long before Turnquest’s resignation, of that much we can be certain.

“Minnis cared only when it was revealed to the public, not before.”

Davis said Minnis and Turnquest spent years lecturing Bahamians on transparency and accountability in government, but has failed to adhere to the same standard.

“Then we have the case of Dr Duane Sands,” Davis said.

“Minnis wants Bahamians to believe the former minister of health was tossed out of Cabinet because he allowed a plane carrying foreigners into the country while our borders were closed.

“But if that were the real reason, Dionisio D’Aguilar, as minister of tourism and aviation, would have lost his job too. No, the reason Minnis has turned on Dr Sands is that Dr Sands is telling the truth about the government’s mismanagement of both Dorian and the pandemic, and the truth is not only uncomfortable for Hubert Minnis, it’s disqualifying.

“To top things off, Speaker Halson Moultrie resigned entirely from the FNM, citing the lack of accountability and transparency and lack of respect for the constitution.”

The PLP leader continued: “The chaos inside the FNM will mean some new candidates for that party — some unlucky recruits to a hopeless cause.

“The problem for them is that Bahamians have now had several long years to witness for themselves Minnis’ disrespect for ordinary Bahamians.

“We’ve seen Minnis’ contempt for nurses, teachers, journalists, taxi drivers, members of the public service and on and on and on.

“We strongly encourage Bahamians who need to re-register [to vote] to urgently do so at their nearest parliamentary registration site.”