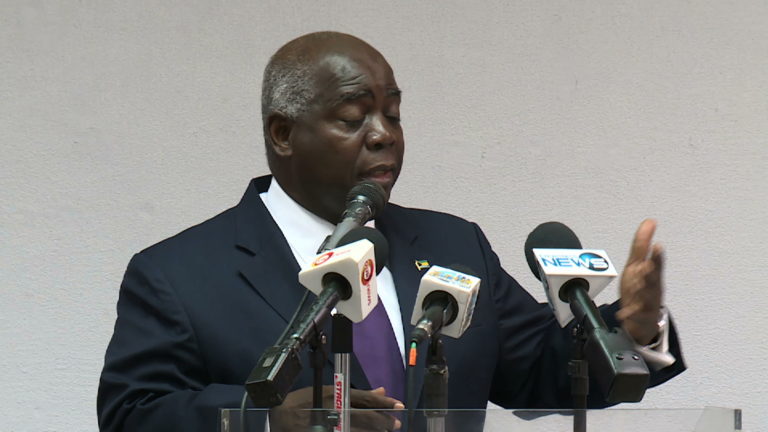 “I call today on the ministers to do the right thing, according to the convention of the constitution,” said Davis during a press conference at the PLP’s headquarters on Farrington Road.

Davis said the conduct of the attorney general must also be called into question, as he and the lead counsel for the crown should have stopped the case before it reached the stage of a no case submission.

He said, “The behaviour of the attorney general must also be reviewed and appropriate actions taken in accordance with generally accepted principles of ethical conduct having regard to the outturn of this case and specifically the cited conduct of his office during the Frank Smith case.”

However, when contacted, Attorney General Carl Bethel said Davis should be well aware as a senior attorney that discontinuance of any matter rests with the director of public prosecutions.

“Mr. Davis needs to recall that he himself participated in the vote where the constitution of The Bahamas was amended, placing the sole responsibility for the discontinuance of any matter in the hands of a constitutional officer named the director of public prosecutions,” Bethel told Eyewitness News Online.

“He needs to remember the law, and as a senior lawyer one would expect him to know the law rather than to indulge himself in fruitless name calling.”

Chief Magistrate Joyann Ferguson-Pratt determined there was no case for Smith to answer.

She said the prosecution failed to prove that Smith, the former Public Hospitals Authority chairman, received bribes in the amount of $60,000 from the complainant, Barbara Hanna, between 2016 and 2017.

Hanna, the owner of Magic Touch Cleaning, was awarded a $516,000 contract to clean the critical care unit of the Princess Margaret Hospital.

Following her ruling, Ferguson-Pratt said the award of a second contract of $1.8 million by Sands after the complainant made the corruption allegations, raised a “spectre of impropriety”.

Ferguson-Pratt noted that Sands awarded the contract without the approval of the PHA board.

As it relates to Dames, who met with Hanna before she made her official complaint, Ferguson-Pratt said the meeting with the complainant was “unorthodox to say the least”.

“I described this earlier as an abuse of process,” Davis said.

“I repeat my deep concern about, and fear for the poor citizens among us who do not have the resources to meet the full weight of the state in these situations.

“More generally on the administration of justice, we have to be concerned that ministers of government would actively intervene in cases, acting out what seems to be a predetermined script written to fulfill a political narrative on corruption that was false from the start.”

He continued, “I once again ask my fellow Bahamians to take note of how this matter was conducted and the extent to which ministers of the government were directly involved in this prosecution,” Davis said.

“This should cause us all to pause and consider who our leaders are and the true content of their characters.

“We are soberly reflecting on this judgement and await the printed script for our public policy analysts to review and advise us further.”

While indicating that he was awaiting the printed judgement, so that the PLP’s public policy analysts may review and advise further, he said there are grounds for a civil suit

“I think efforts are now being made to review the approach that they will take,” Davis said.

“Counsel are now being instructed to look at the evidence as it has been had.

“I think it is very important to get the written script of the judgement of the magistrate to aid in the preparation of any case for malicious prosecution and the like going forward.

“That may be the last piece of the puzzle.”

He said for the administration of justice to remain pure, “we have to purge the filthy water that is now flowing through its stream.”