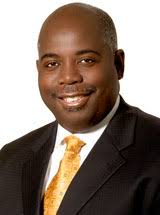 “When you have competing versions of events it is worrying,” Davis told the media outside the House of Assembly.  “And in this context, the question is whether who is now going to conclude the investigation. Should the police investigate the police?”

Last Friday, three men, Jamal Penn, Valentino Pratt and Trevor Cooper were shot and killed by police at a residence off the Eastern Road.

According to police, around 3 a.m. last Friday, they received a call that persons wanted by police for a recent homicide might have been at the residence and they went to investigate.

Head of the Central Detective Unit, Chief Supt. Solomon Cash, gave the initial report on the scene, stating that police entered the property and were confronted by two armed suspects who opened fire. Officers being in fear for their lives fired back, according to Cash.

He further explained that, “Officers were confronted by a third suspect once they breached the building who also fired at them resulting in them firing back.”

Meanwhile, on Tuesday night, the son of one of the suspects who was on the scene at the time of the police-involved shooting, alleged in an interview on Clint Watson’s Beyond the Headlines talk show, that his father left the door open and he put his hands up and said [to the police] can we just go. Can we just let the child go?”

The six-year-old child further alleged that after that, “They [police officers] shoot him in his back with an AR 15.”

Minister of National Security, Marvin Dames, told reporters outside of Cabinet on Tuesday that while he did not want to speak directly to the incident, the matter will be investigated by the Coroner.

“We will allow the evidence to come out and a determination is made as to what happened and why it happened.”