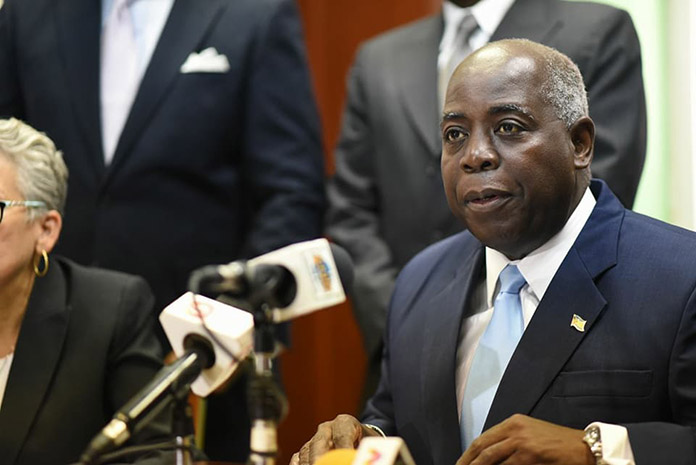 Leader of the Opposition Philip Davis criticized the government for backpedaling on its initial stance on items now included in the Interception of Communication Bill 2017.

“They are saying that this bill that they now have, is different from the one that we presented,” Davis said in the House of Assembly (HOA) Wednesday.

“I want them to show the difference.

Minister of National Security Marvin Dames defended the bill yesterday saying using the bill for personal agendas would be prohibited.

Davis lamented however, that he would never support a bill that allowed “politicians to listen in on communications by our private citizens.”

The bill, which was tabled last October, is eerily similar to the one the former Progressive Liberal Party (PLP) government tried to introduce just before being elected out of office according to Davis. That bill was heavily criticized by local civic groups and the then Free National Movement (FNM) opposition, which labelled the bill the ‘spy bill’.

“What you complained about then, you have introduced into this bill,” he blasted.

“That’s what you have done.”