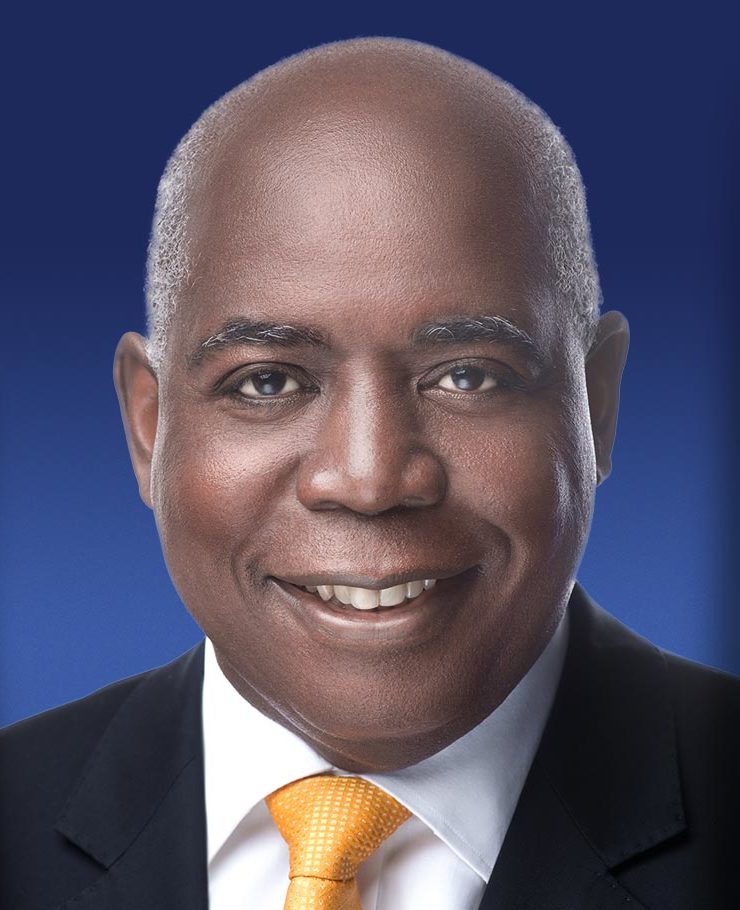 Come clean or be kicked out, says FNM chairman

An admission of his law firm’s secretary holding shares in the disputed Nassau Island Development (NID) company came from the leader of the opposition yesterday.

The coming clean of Philip Brave Davis, also the leader of the Progressive Liberal Party (PLP), follows a damaging auditor report of the Water & Sewerage Corporation (WSC), which was tabled in Parliament by WSC Chairman Adrian Gibson last evening.

The report, by Ernst & Young, highlighted what it called numerous irregularities in the corporation’s management and finances.

One of those irregularities mentioned in the auditor report was the awarding of a contract worth $9.6 million to NID, for the construction of the Gladstone Road Waste Water Treatment Plant (GRWWTP).

The report further pointed out that the project actually cost taxpayers close to $20 million.

During a press conference at the House of Assembly yesterday, Mr. Davis said, there was nothing unusual about his secretary Merlene Poitier holding shares in NID and said she is in fact a family friend.

He also insisted that due process was followed.

In addition to making the connection between Poitier and NID, the auditor report went as far as to pull from the obituary of Davis’ mother, to draw attention to the fact that Poitier is also a Davis family friend.

The opposition leader questioned the cost of audit as the chairman of W&SC has not released the figures and insisted the numbers will come in due time.

Davis further questioned the intention and timing of the tabled audit, as he said questions that may have arisen from specifics in that report, could easily be clarified.

“A lot of the information that they alluded to could have been cleared up by a telephone call or a conversation with me,” Davis said.

“So, what does this tell you about the approach of these audits or what they are designed to do?”

He further suggested the timing of the release was simply an attempt by the Minnis administration to deflect from its ongoing debacle for developers of the proposed billion dollar oil refinery and storage facility for East Grand Bahama.

It was discovered recently that $5.5 billion heads of agreement for the OBAN Energies holds a forged signature.

The alleged fraudulent signing by the company’s non-executive chairman, among other issues pertaining to the company’s executive, has dominated news headlines for several weeks and remains unaddressed by the government.

Meantime, Free National Movement (FNM) Chairman Carl Culmer  issued a statement late yesterday in which he said this recent audit has revealed more of the truth, leaving many serious questioned to be answered by Davis.

Culmer said when the PLP held power, Daivs was intimately involved in the mismanagement, malfeasance and corruption at W&SC, while he served as the Minister of Works. Nothing, he said, happened without his “heavy hand pulling the levers.”

“When light is positioned on his actions we see him trying to scurry into the darkness like rats trying to hide,” Culmer said.

“True to form, when the latest revelation came to light the old and tired Brave Davis tried to publicly discredit the auditing firm.  Our people were subjected to five years of the PLP’s corrupt rule, where the government focused on helping themselves at the people’s expense.”

Further, Culmer said, the PLP leader must finally come clean and give the public a full accounting of each of the contracts handed out during his time as Minister of Works that benefitted himself, his family or his close friends.

He also accused Mr. Davis of being a key mastermind of the illicit activities.

“The old and tried Brave Davis can call it a witch-hunt and try to run and hide from responsibility, but the rest of the country calls for accountability,” he said.

“Every person in this country has a right to know how and why contracts that wasted taxpayer money and provided no results in the end were given out and to whom they were given.”