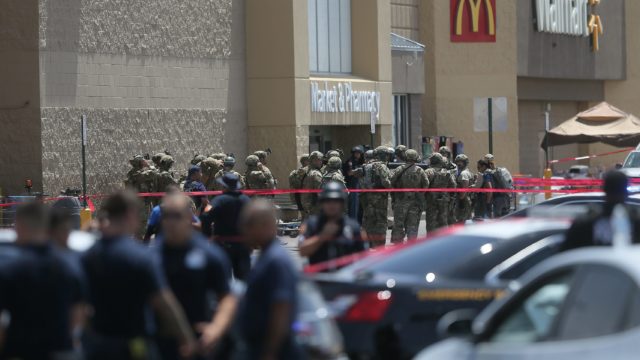 “I think any responsible government ought to take note of what is going on in the United States with respect to the observations being made in respect to these mass shootings and these killings, and we ought to warn our travelling public as to how they ought to be conducting themselves if they find themselves travelling into those [areas]

“So, yes they ought to take note of it, and yes, they should issue some statement and/or some understanding of what government’s position is because it is their role to sensitize the Bahamians people as to their safety, and what precautions ought to be taken in the event they are going to be… in an area where safety could be jeopardize.”

He continued, “What I am saying is that they should examine what it is that’s been; if it were me, I would have — having a assessed all of the circumstances of these shootings, understanding the root causes of it, and if it leads me to consider that it jeopardized my citizens, a travel warning would be issued.”

Speaking to Eyewitness News Monday, Henfield condemned two mass shootings that occurred in less than 24-hours, killing a combined 31 people, and offered prayers to the more than two dozen injured.

He warned Bahamians travelling to the United States and other countries to be on alert for terror related threats.

“We want to continue to say to the Bahamian people too that acts of violence of this nature happens to be apparently, unfortunately, the new normal.

“We want them to remain vigilant when they travel — not only to the United States of America, but to Europe or Asia or even our own region.

“If you see something, say something and always be aware of your circumstances.

Asked whether the government intends to issue a travel advisory on the U.S. following the three mass shootings in the just over a week, Henfield noted that instead of getting into an unproductive “tit for tat” this was an opportunity to caution Bahamian travelers.

On Saturday, at least 23 people were killed and more than two dozen injured at en El Paso, Texas, Walmart.
According to authorities, the suspected shooter, a 21-year-old, drove almost 10 hours from his home near Dallas to target Hispanics. A reported eight of the people killed were Mexicans.

After midnight, another mass shooting in Dayton, Ohio, resulted in nine people being killed, including the shooter’s sister, and another 27 wounded.

The shooter, who wore a mask and body armor opened fire on the busy street.

U.S. mass shootings on the rise

According to statistics on U.S. mass shootings, there have been more than 250 mass shootings in the United States between January 1 and August 5, 2019 — an 18 percent increase in mass shootings compared to the same period in 2018.

In those incidents, a combined 276 people have been killed, while another 1,054 have been wounded.

Up to this point last year, there were 211 mass shooting incidents.

A combined 217 people were killed in those shootings.

Another 871 people were wounded.

In all of 2018, there were 341 mass shooting incidents, which resulted in the deaths of a combined 373 people.

One thousand, three hundred and forty-six people were wounded in those incidents.