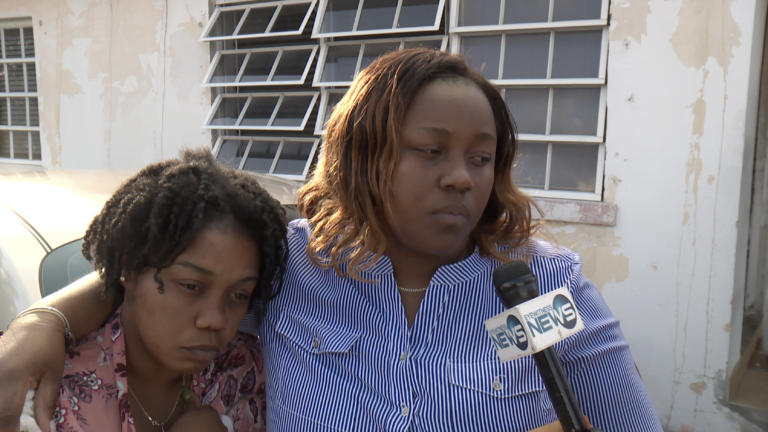 NASSAU, BAHAMAS – The daughters of slain Royal Bahamas Defence Force (RBDF) Officer, Philip Perpall, on Monday choked back tears as they struggled to come to grips with the untimely demise of their father, who was shot early Sunday morning while on duty at Government House.

“This is a drastic loss,” said Perpall’s daughter, Michaela Perpall, who spoke to Eyewitness News yesterday evening from her father’s Chippingham home.

“It [his death] was tragic, and, of course, this is unforeseen and unimaginable.

“Words can’t describe the feeling, but it is a major loss in all of our lives.

“My brother is 14 and he is graduating from junior school in a matter of weeks, I guess the next seven or eight weeks, and that is a graduation that he [Perpall] will not attend.”

Philip Perpall, 52, was an RBDF Petty Officer, who had served on the RBDF for more than 30 years.

Police reported Sunday that Perpall, the Guard Commander, was shot and killed  by a lone gunman shortly before 3 a.m. while on duty in the guard room at Government House, the official residence of the country’s head of state, the governor general.

Police confirmed, however, that governor general Her Excellency Dame Marguerite Pindling was not present at Mount Fitzwilliam when Sunday’s shooting occurred.

Authorities also confirmed that the shooter entered the compound and opened fire on four RBDF Officers, in addition to Perpall, but the father of five was the only person who was pierced by a bullet.

Philip Perpall died on the scene.

Police reported Sunday that even though the shooter escaped, a person is now being held for questioning. They would not confirm, however, if this person is another RBDF officer as many have alleged on social media.

Yesterday, Perpall’s daughter Micheala said “never in a million years” would the thought cross her mind that her father would be killed, especially while at work

“That is unexplainable, that is unimaginable and highly unaccepted,” Michaela said.

Another daughter, Latoya Perpall, said she and her family will never recover from her father’s tragic demise.

“My daddy was a hero and he was my hero,” Latoya said.

“He was there and he was present in our lives, and for him to leave home, we expected him to come back and call us.

“And even though we don’t live here, it’s just like we live here because we are on the phone for hours.

“And for him to go [to work] and say he’s coming back and not to see him again, it is disturbing.”

Despite social media reports that Perpall was allegedly shot by one of his colleagues, and such a claim was also made yesterday by Perpall’s daughter, Dames would not confirm such reports.