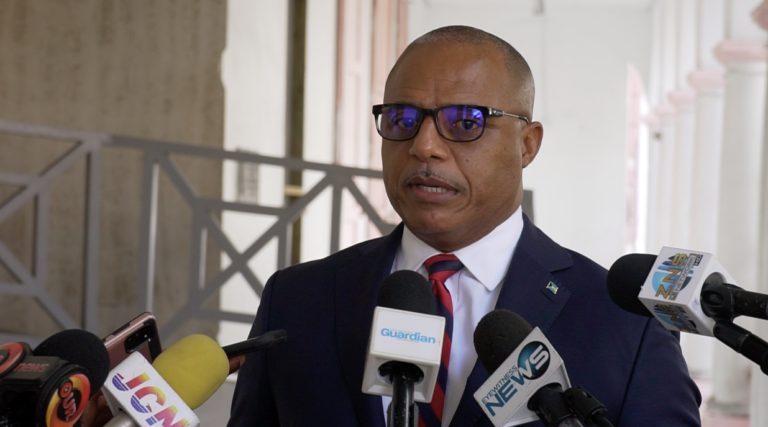 NASSAU, BAHAMAS — Following a spate of shootings on Abaco and a murder in recent weeks, Minister of National Security Marvin Dames suggested yesterday that incidents will occur from time to time on developed islands, especially one that has undergone crisis in recent years.

He was referring to Hurricane Dorian, which decimated portions of the island in September 2019, displacing hundreds of families and leveling many businesses across the island.

The deadly storm also claimed the lives of at least 74 people.

Shortly after noon on Monday, a team of officers from the Marsh Harbour Police Station, who were performing speed checks on Ernest Dean, observed a gray vehicle speeding and a chase ensued.

The driver of the gray vehicle eventually abandoned the vehicle and the chase continued on foot.

Police said: “While running away, the suspect pointed an unidentified object in the direction of the officer who was pursuing him.

“In response, the officer became in fear of his life and drew his service revolver and [fired] the same in the direction of the male, hitting him in the left buttocks area.”

Officers responding to reports of a traffic accident on Tamarind Drive found Lightbourne in a green Suzuki Swift with gunshot wounds.

In the months after the storm, up until late last year, residents continued to express concerns about an uptick in crime, particularly break-ins, theft and armed robberies.

Some even questioned the statistics presented by police in September 2020 indicating crime was down on the island in 2020.

Many residents and the business community have called on authorities to address the crime problem and said it is critical for the island to be able to better move forward.