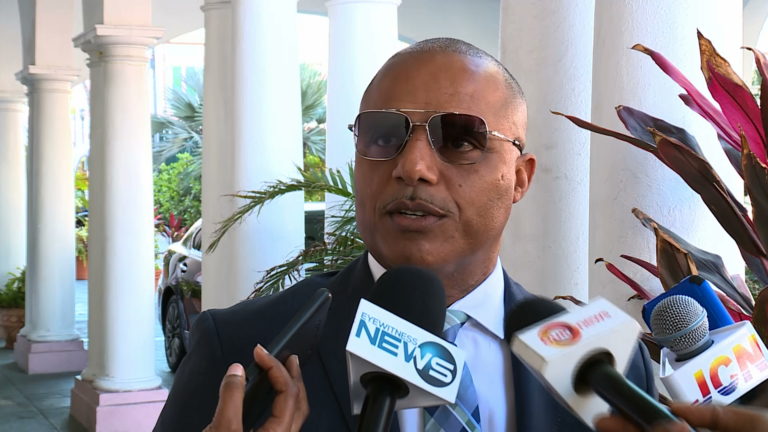 Minister of National Security Marvin Dames confirmed to Eyewitness News Tuesday that his ministry has allocated funds within the upcoming budget to equip the Royal Bahamas Police Force (RBPF) with body cameras, in an effort to hold police officers more accountable.

Dames spoke to members of the media ahead of government’s 2018/2019 fiscal budget presentation and two days after police shot and killed a 20-year-old Deangelo Evans in Mason’s Addition.

The incident sparked public outcry as to whether police used bad judgement when they shot and killed a 20-year-old man.

Family members of the victim cried injustice and questions surfaced yet again as to when government would acquire body cameras to ensure that officers are held accountable while on duty.

Dames told Eyewitness News Tuesday that the technological gadgets will be introduced before June 2019.

“We have budgeted for body cams in the upcoming fiscal period and it is expected that it will be introduced at that time,” Dames confirmed.

The police recently ran a pilot program to test body cameras in the field, but no affirmative moves were made to implement the gadgets.

In the wake of Sunday’s incident, the eighth police involved killing for the year, family members of the victim told Eyewitness News that they still want answers and justice.

“The officer or officers involved in that will have their day of accounting. If they did something outside of their scope of responsibility, then they will have to account before the coroner’s court,” he said.

Dames affirmed that justice will be served.

“If they acted in good faith in the execution of their duty, then they will be vindicated,” he noted.

“Every time an officer pulls a trigger, he or she has to account for their actions. There will be no cover-ups, but we have to allow the process of investigation to run its course.”

Once body cameras have been introduced, it is expected that the technology will assist with expediting cases before the coroner’s court, as they will provide hard evidence from field.