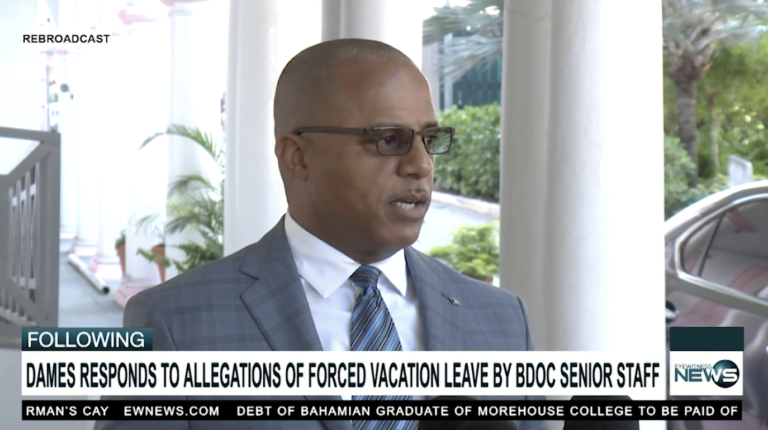 NASSAU, BAHAMAS – Minister of National Security, Marvin Dames, on Tuesday addressed the allegations of former senior correctional officers, Don Cleare and Bernadette Thompson-Murray, who recently alleged that they were forced to take vacation leave in order to make room for the appointment of Charles Murphy, the new commissioner of corrections.

The duo filed an affidavit with the supreme court, with the hope that the court would declare Murphy’s appointment invalid. But yesterday, Dames said he is not interested in going back and forth in the media and the government’s protocol will prevail.

Dames said he has no intention of responding publicly to the allegations levied by the former senior officers, and the government would soon have an opportunity to respond.

“I am not going to get into those kinds of games. The facts will eventually come out and we will see what happens from there,” Dames said.

He noted that it must be understood that protocols are in place and the National Security Minister cannot be blamed for certain actions.

Dames said that he will not treat the matter as a back and forth, tit for tat game and that the law will prevail.