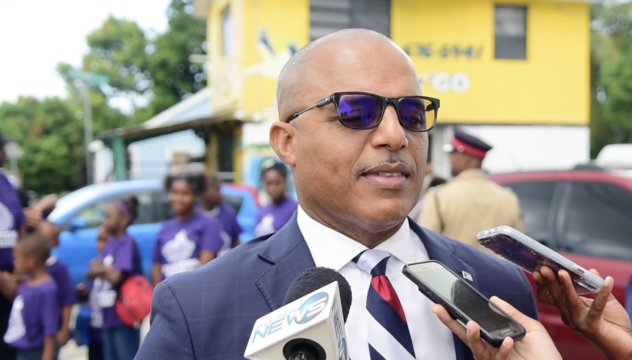 Minister of National Security Marvin Dames said yesterday that while he had no statistics to validate a claim made by a Bahamas Power and Light (BPL) official that the publication of a load shedding schedule posed a safety and security issue, the power company’s concerns were legitimate as “there is a risk”.

He said individuals could take advantage of a power outage to commit crimes, as has happened during past natural disasters, namely hurricanes.

In response to questions from the media on whether there was any correlation between power outages and crime, Dames said, “BPL had concerns, you know. I can’t comment on what they would have said.”

Pressed on the issue, the minister said, “I don’t know. I can’t measure. I don’t have statistics to measure, but there is always a risk.

“If there is a blackout there is a risk that persons will take advantage of that blackout, but I don’t understand where you are headed.”

Asked whether authorities advised BPL not to publish a load shedding schedule, Dames said, “I don’t know anything about the BPL situation other than we had outages and they did send out communications to that affect.”

There were prolonged outages over the weekend with some customers reporting numerous interruptions lasting as long as four hours.

BPL said the load shedding exercise was exacerbated after two of its generators failed.

Droves of BPL consumers took to social media to express their disappointment with BPL’s inability to keep the lights on.

Many lamented what they called an unacceptable level of communication on the company’s part, and the lack of a load shedding schedule to plan accordingly.

The issue of a schedule was raised with Parker on Sunday.

He said BPL considered publishing one, but there were “safety and security concerns”.

Yesterday, Dames noted that authorities are always cognizant of crime indicators and at times blackouts were “a real concern for law enforcement”, though did not say whether there was an uptick during of any particular crime during those outages.

“There is always the potential,” he said. “Look, when we have hurricanes for example, that’s an opportunity for criminals to take advantage of a natural diester and we have had situations such as that.

“So, I think your question would be whether their concerns were legitimate; I mean, yes.

“I think it’s a legitimate concern. I mean if there is a total blackout, an island-wide blackout; if they (BPL) do certain things there may be a risk that other things may happen.

“You know, that is not uncommon. But where are you driving at. I suspect there is something else that you want some clarity on.”

Additionally, Dames was asked if authorities have the capacity to provide additional oversight to areas that experience power outages.

When asked whether authorities have increased patrols in disconnected areas, Dames said, “Of course. There is always a focus when you have, for example, something like a blackout. The officers are pre-warned of a blackout or if it happens suddenly officers are advised and the police will shift their resources as needed and where necessary. This is common. This is policing 101.”

In a separate interview, Police Commissioner Anthony Ferguson was asked about BPL’s concerns about crime during power outages.

“I really don’t want to comment on any kind of thing that involves something in a different lane,” he said.

“I can tell you that the members of the Royal Bahamas Police Force are up and about.

“They are doing their jobs and we’ll continue to do that.

“That is as much as I will say in respect to that.”