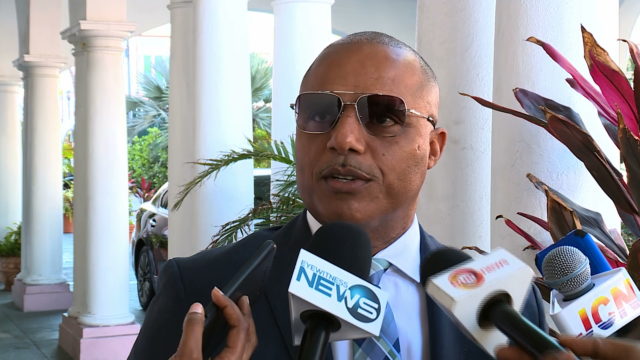 Earlier this month, two former BDOCS employees, Don Cleare and Bernadette Thompson-Murray, alleged in affidavits filed in the supreme court on May 10, that National Security Minister Marvin Dames had allegedly forced them to take vacation leave to make room for the appointment of Charles Murphy as Commissioner of Corrections.

Both Cleare and Murray claim they were forced to take vacation leave last year from the Bahamas Department of Correctional Services (BDOCS), even though Murphy had more accumulated leave than both of them combined.

But Dames told the media earlier this week that he has no intention of responding publicly to the allegations levied by the senior officers, and the government would soon have an opportunity to respond.

On Thursday, Dames said the current commissioner has taken tremendous and positive steps to bring about a change in the environment of BDOCS, with the support of the Citizens Security and Justice Program and Corrections Canada.

Dames said while there is a lot to be done, the government still has accomplished much to improve the Department of Corrections.

“I would say that over the last two years, we would have done more work at that institution than possibly ever before,” Dames said, noting that a roof that was damaged at BDOCS since the last hurricane was never repaired by the former administration. He noted, however, that the government has provided the funding and work on the building has been finalized.

“There are other critical issues that are being addressed and monies have been set aside to effect the necessary repairs [to the prison], Dames said, stressing that the government is one of ‘action,’ rather than ‘talk’.

“You can’t serve as a government, do nothing, then come along and criticize,” said Dames of the former administration.

“It’s time for the leader of the opposition and his team to start being an effective opposition, not walking out of the House of Assembly and failing to represent the people who would have elected them to serve.

“You see it almost every day and I am referring to all of them who are on the other side.”