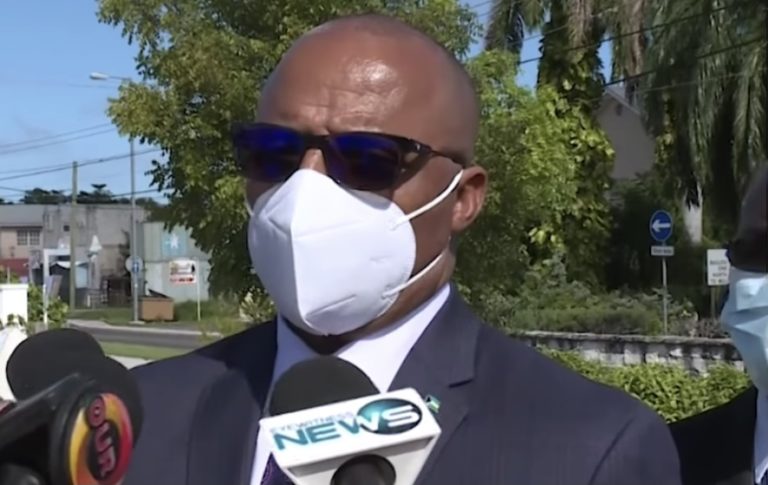 NASSAU, BAHAMAS — Minister of National Security Marvin Dames said yesterday that the government is considering whether it will need a referendum to legislate a commission for the promotion of officers at the Bahamas Department of Corrections.

Speaking to reporters on the sidelines of a National Neighbourhood Watch Council (NNWC) campaign launch, Dames was asked about the progress towards promotions for prison officers.

He noted that he and his team are working on implementing a commission that would mirror the police force, in order to allow for the speedy transmission of positions and promotions.

“We are working with the Office of the Attorney General to see if we need a referendum because, with a referendum, it makes it more embedded in the constitution,” Dames explained.

“…If we can do without it, it makes the transmission much easier. That’s one of the key things on our list.”

He advised that the government will soon bring forth amendments to legislation governing the Royal Bahamas Defence Force and Bahamas Department of Correctional Services.

“I look forward to leading the debate on that very shortly, if not this week, within the next few weeks,” Dames said.

He noted that the move will ensure the two agencies are on par with the Royal Bahamas Police Force in terms of service, raking, an extension of years and promotions; and also address the “brain drain” in the agencies.

“We’ve been losing too many experienced officers at a very young age because the legislation did not support that,” he added.

The national security minister noted that while some critics may question the optics, “that you favor one or the other”, the move will level the playing field.

“All that we have done to the agencies now, unlike successive governments, is that we now bring them all up to parity that all of them are equal,” he said.