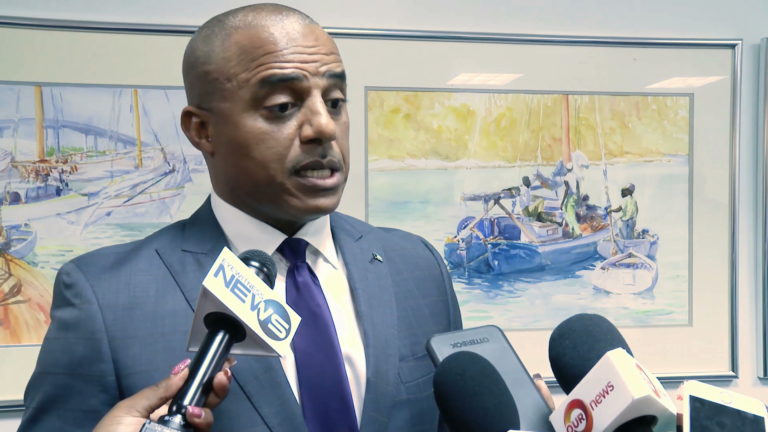 NASSAU, BAHAMAS – Minister of National Security, Marvin Dames, on Monday expressed hope that debate and passage of the National Intelligence Agency bill would become a reality sometime this year.

“We are committed to it,” said Dames yesterday while speaking to the media outside of the police headquarters.

“We wanted to ensure that this [national intelligence] bill was a bill that we could live with, and that the Bahamian people could live with, and so it was put out there and we want to ensure at the end of the day that it does exactly what we would want it to do, which is to ensure that we keep our people safe and we build a robust intelligence regime that will protect us against money laundering, cyber-related issues, gun and drug crimes, human trafficking and the like, so that is our focus.”

The Minnis administration tabled the NIA Bill in September 2017. However, Parliament has yet to debate the proposed legislation.

Upon coming to office, the government disbanded the NIA, which had been in operation for five years under the Christie administration without legislation to govern it.

The Christie administration repeatedly promised to introduce legislation to mandate its purview, but failed to do so.

Yesterday, Dames said under the new regime, the bill will differ significantly than what was proposed by the former administration.

“What was [there] before [from the former administration] really had no foundation and no focus,” Dames said.

Meanwhile, the tabled NIA bill seeks to establish an agency that would be responsible for collecting intelligence that could impact the security of the nation.

According to the bill, the objectives of the agency would be to coordinate intelligence gathering and joint strategic planning among various law enforcement agencies and government departments, so as to “ensure a more effective campaign against crime”.

The agency would also collect by investigation or otherwise “information and intelligence respecting activities that may on reasonable grounds be suspected of constituting threats to the security of The Bahamas”.

Additionally, the agency would be under the control of the director, a position appointed by the governor general, acting on the advice of the prime minister.

The proposed legislation would provide for “agents” to be engaged at the agency.

The bill would also provide for an independent body, to be known as the Review Committee, to review and report to Parliament on the activities of the agency, and to review complaints against the agency.

The agency would be authorized with general powers of inquiry, search, arrest and seizure.