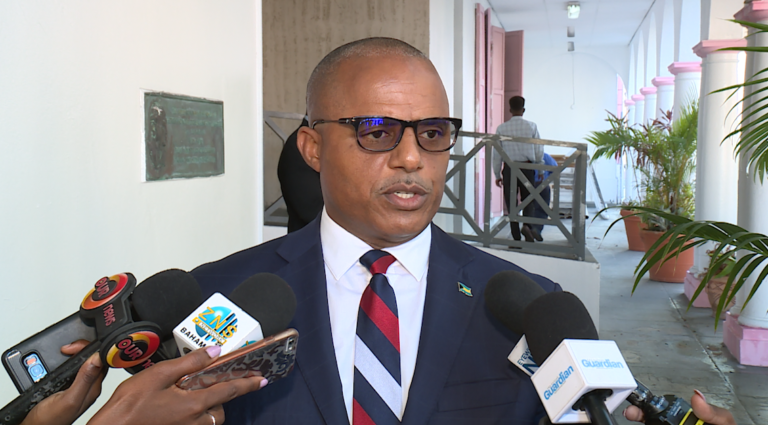 NASSAU, BAHAMAS – A prisoner escaped the Department of Correctional Services over the weekend, Minister of National Security Marvin Dames confirmed outside of Cabinet yesterday.

Although the minister said the inmate was captured and returned to the facility “almost immediately” after the incident on Saturday, it remains unclear how the prisoner was able to escape and whether anyone else was involved.

The escape has renewed concerns about the security of the prison.

When asked whether the public should be concerned about future security breaches at the facility, Dames said, “Not really, but that matter is under investigation.

“It was an incident that was addressed almost immediately after it had occurred.”

Acting Commissioner of the Bahamas Department of Correctional Services Charles Murphy did not provide further details on the escape Monday.

However, the acting commissioner an active investigation on this matter is underway.

Last August, authorities thwarted an escape attempt by two inmates at the prison after officers discovered a hole in the ceiling of a cell in the maximum-security section while conducting routine checks.

Despite a number of escapes over the years, more than a decade has elapsed since there was a major security breach at the facility.

During the prison break, Corporal Dion Bowles was stabbed to death, while another guard, Kenneth Sweeting, was injured.

One of the escapees, was shot dead during his capture.

He was identified as Neil Brown.

Bowe died in prison before his trial. Parcoi entered a plea deal before the trial.

In July 2017, Hepburn was convicted on the escape, but was acquitted of the murder of Bowles and injuring Sweeting.

In May 2010, Renardo Bastian and Ricardo Knowles escaped from a holding cell.

A month later, Wesley Forest escaped from his cell.

In February 2016, convicted murderer Ormand Leon escaped from a police bus in the area of York Street and East Bay Street.

He was at large for more than two weeks before he was captured in a home in the Gladstone Road area.

It remains unclear what led to the escape.

In May 2016, Jason Jerome Rolle, absconded from a police transport vehicle and was captured hours later.