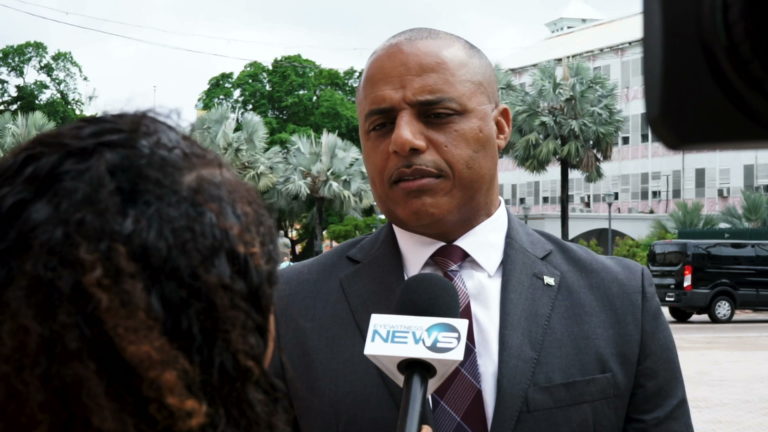 No time to celebrate

With less than two months remaining in the year, Minister of National Security Marvin Dames told Eyewitness News that crime overall is down.

He said while authorities have been encouraged by what they are seeing, efforts will be increased in the coming weeks and months to continue the downward trend.

Dames made the statement this week outside of Cabinet.

While he was unable to provide statistics, the minister pointed out that murders, for example, were down year-on-year.

There have been 76 murders for the year, representing a 34 per cent decrease compared to last year.

On Monday, a gunman shot and killed a man as he was walking on Watlins Street, off Andros Avenue around 5:00 p.m., according to authorities. He died in hospital.

According to Dames, authorities were closing in on a suspect, whom he said was recently released from the Department of Correctional Services.

“The suspect was recently released from prison, having been charged with a murder,” he said.

“Some people are just not going to give up on what they do, but my warning to them is this: we will find you. And in this case, we will find that person responsible and he will face justice.

In recent months, crime reports have been inundated with armed robberies.

In four of these incidents, women were robbed.

Assistant Commissioner of Police Clayton Fernander said this week that police have no evidence to suggest women were being increasingly targeted, but he said authorities have noted more armed robberies over the last few months.

In a number of these incidents, residents were held at gunpoint and robbed of their vehicles as they arrived home or exited business establishments.

“These are guys that they (police) know,” the minister said.

“And Christmas is coming; I guess these guys need to get some dollars in their pockets.

“But we will continue to make it difficult for them until we are able to make this country the safe place that it should be for Bahamians to move about.

Dames said law enforcement agencies have made progress and the government has been encouraged by what it has seen.

However, he said no one is celebrating as there remains a long way to go.

“We recognize the challenges ahead and we’ll continue to work on it,” he said.

“We’ll continue to push these figures in the right direction which is downward.