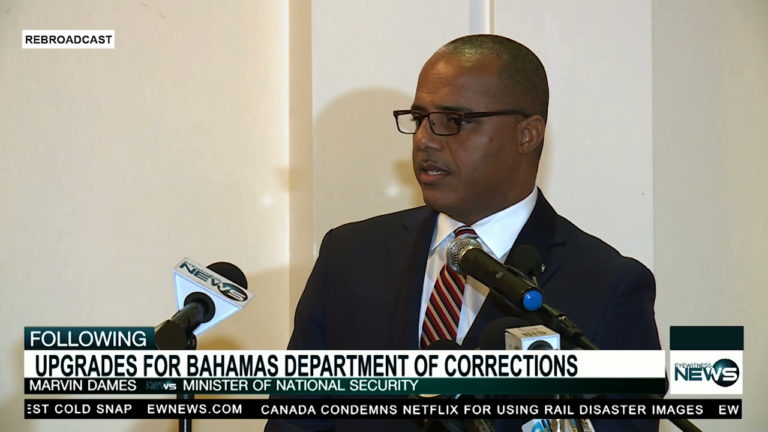 NASSAU, BAHAMAS – The Bahamas Department of Correctional Services will no longer be treated as the “stepchild” of law enforcement agencies, said Minister of National Security Marvin Dames.

Dames, who was speaking Thursday at a  senior management seminar for correctional officers at the British Colonial Hilton, said the working environment of officers alone is a prime example that they are not getting the respect that they deserve.

According to Dames, there is a serious lack at the correctional facility: a lack of resources when it comes to ensuring the safety of officers, a lack of resources in respect to transportation and a lack of needed tools for officers to execute their mandate efficiently.

Dames said the government also wants to give the Department of Corrections their own commission and take them out of the public service. This, he said, will allow correctional officers to obtain a quicker resolution to their recommendations for promotions as well as when it comes to having their issues addressed.

“The promotion that could have been dealt with in a year ended up being two and three years, and that is not acceptable,” Dames said. “We are recognizing that [this is not acceptable] as a government.

“And when we talk about bringing balance this is exactly what we are referring to, and so you ought to know that we are paying close attention to that.”

Meanwhile, Dames did not hesitate to remind officers that the responsibility for rehabilitation lies in their hands and should not be taken for granted.

“Law enforcement is very difficult to transition, especially after being conditioned to such a way for so long, but you must embrace this transition because failure to embrace the transition would mean that you have become obsolete, and when you become obsolete we have to find another place for you,” the minister concluded.