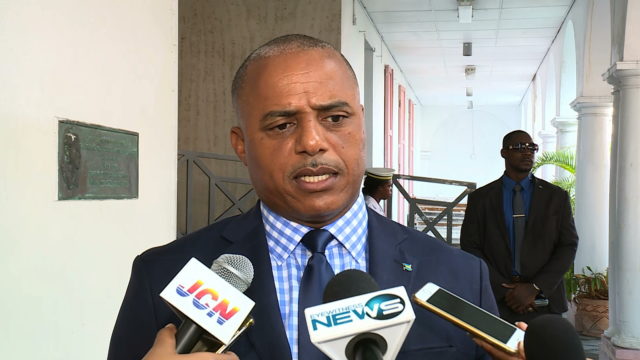 NASSAU, BAHAMAS – Following United States President Donald Trump’s commitment to have the issue of travel advisories reviewed for a number of Caribbean countries, including The Bahamas, Minister of National Security Marvin Dames said Bahamian authorities and U.S. officials have continued to have “constructive” discussions on the matter.

“We’ve been having those meetings and having those discussions and looking at it as a Cabinet as well, looking at how can we work better to improve the level of communication and dialogue along these fronts.

“We have been doing that with our nations, whenever there is a concern in relation to theirs or any incident having to do with their citizens or where in this case there is an advisory.”

When Prime Minister Dr. Hubert Minnis attended a meeting with Trump with four other Caribbean leaders at the president’s invite in Florida in late March, Trump pledged to have travel advisories issued by the U.S. looked into.

“Prior to that as well, we have been having very constructive conversations and meetings around this.

“At the end of the day it’s all about what can we do better to improve our relationships with our neighbours.”

Dames was also asked if he expects the next advisory to reflect those discussions.

He said that has been the aim.

Discussions have also centered around improving safety, and reducing crime.

“You always want to improve; there are things we have to do to,” the minister said.

“We know that it’s not going to always be perfect.

“You are going to have issues. And that’s it, when people bring constructive [issues] we sit down and say how can we fix it.”

Following the Florida trip, Minnis underscored to the media that The Bahamas, as a tourist destination, is dependent on visitors, and a travel advisory such as the one issued on February 25 could deter tourists out of fear.

He said travel advisories should primarily inform citizens travelling to be aware of the problem as opposed to initiating fear.

Minnis said he also expressed concern that some information in the advisory appeared to be inaccurate and recycled.

“So, we brought that point across and the president was very concerned as to how that’s impacting us… I would have explained that.

“I also pointed out that out when one looks at the amount of criminal attacks or involvement of the American tourists versus our population [it’s] very negligible.